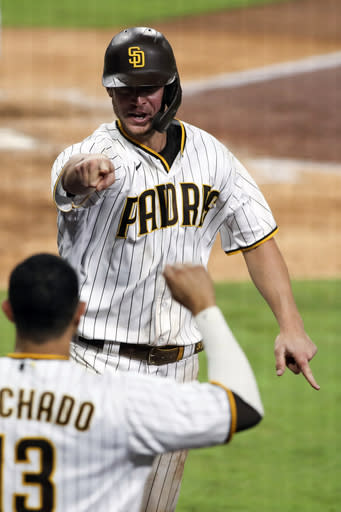 With a mighty swing and a brief pose at home plate to fire up his teammates, Trent Grisham added some spice to what could be a sprint to the finish between his San Diego Padres and the seven-time defending NL West champion Los Angeles Dodgers. Grisham's home run off Clayton Kershaw tied the game in the sixth inning and the Padres delivered the knockout punch in a five-run seventh to beat the Dodgers 7-2 Monday night and win their eighth straight game. Dinelson Lamet outpitched Kershaw, and rookie Jorge Ona hit a go-ahead double in the opener of a series between the NL's top two teams.