Diego Sanchez knows the end is near.

The 38-year-old veteran plans on finishing his storied career after honoring the latest contract signed with the UFC. Sanchez (30-12 MMA, 19-12 UFC) signed a new four-fight deal after becoming a free agent in late 2019.

Sanchez is the last active cast member from Season 1 of “The Ultimate Fighter” competing in the UFC. He intends on on joining the rest of his fellow “TUF” cast members in retirement once his contract is complete, with his next bout set for Sept. 26 against Jake Mathews (15-4 MMA, 9-4 UFC) at UFC 253.

“I got four more left,” Sanchez told Mike Swick on the “Real Quick” podcast. “I signed my last contract with the UFC, and I’m going to ride these last four fights out, and I’m done. … I can see the end of the tunnel, but I’m not afraid of it anymore. For so many years, I used to be like, ‘No, I’m not going to even think about that. I’m not going to think about retirement.’ I remember when I was 27 I was like, ‘OK, when I’m 37 years old, I’m going to look at everything and I’m going to see where my health is at. I’m going to see where my money is at and if its time maybe I’ll take a couple more fights.’

“Then I hit 37 and I was like, ‘Hey, I feel better at 37 than I did at 27, so I’m going to stick with it. Now its to the point where I’m like, ‘All right, be grateful for what you’ve got and get these last four with your mental health, with your health, and your ability to do other things outside of fighting like be a father.”

UFC free fight: Diego Sanchez and Clay Guida serve up a fight for the ages

Although Sanchez wants to honor his contract, the former UFC title challenger knows that his career could end much sooner given the current state of the world.

“So you have to be realistic about it and that’s why I say this may be my last fight because I don’t have any plans of getting a vaccine. Me and Joshua (Fabia) are planning on retiring in the mountains in the other side of the city in a safe place. So we’ll see what happens. I’ll never lose hope for humanity, so I just hope we can put it all together and get this (expletive) controlled.” 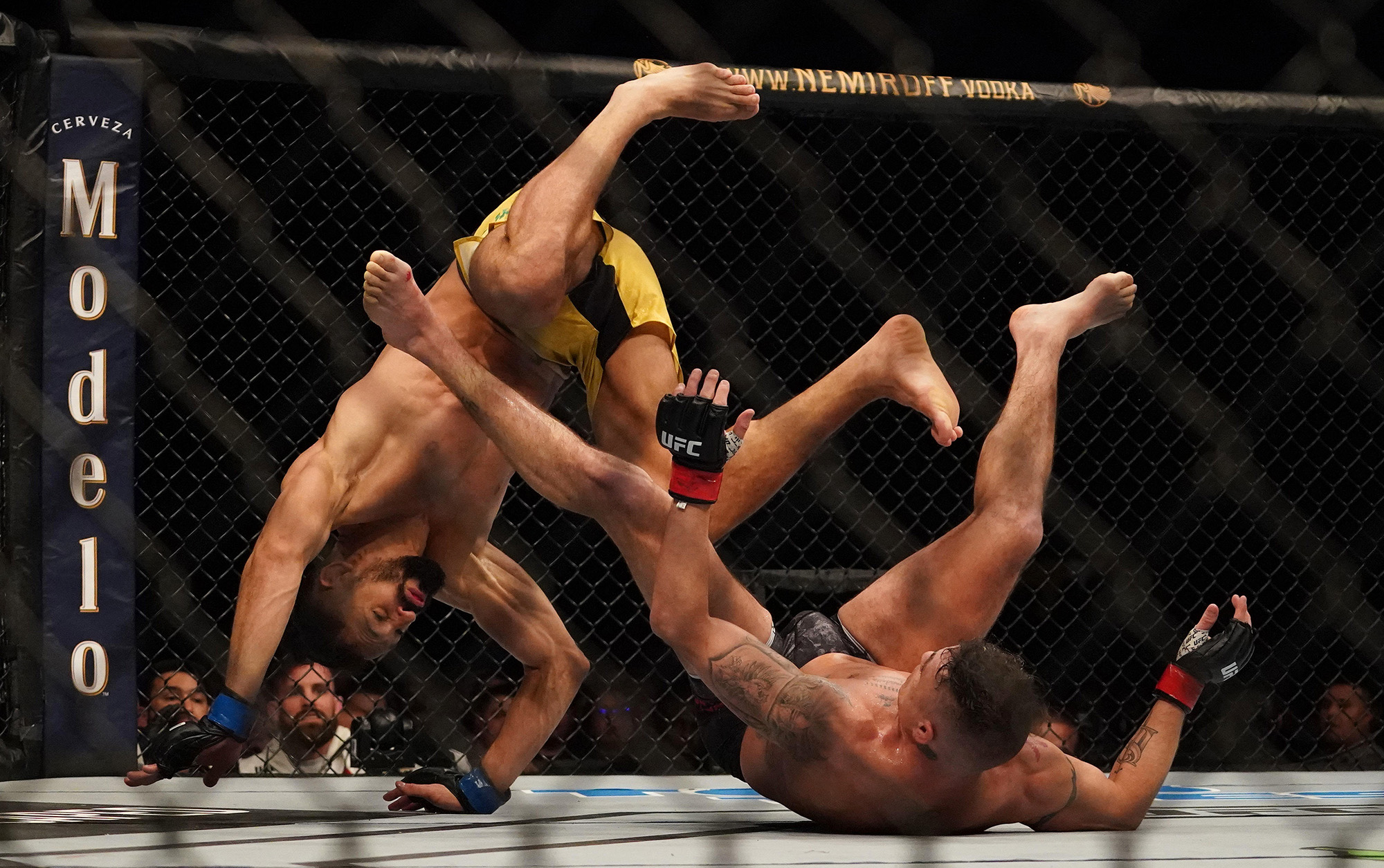 Did you miss our previous article…
https://sportsgooru.com/mma/daniel-cormier-dropping-gloves-after-stipe-miocic-loss-wouldve-been-like-stealing-his-thunder/