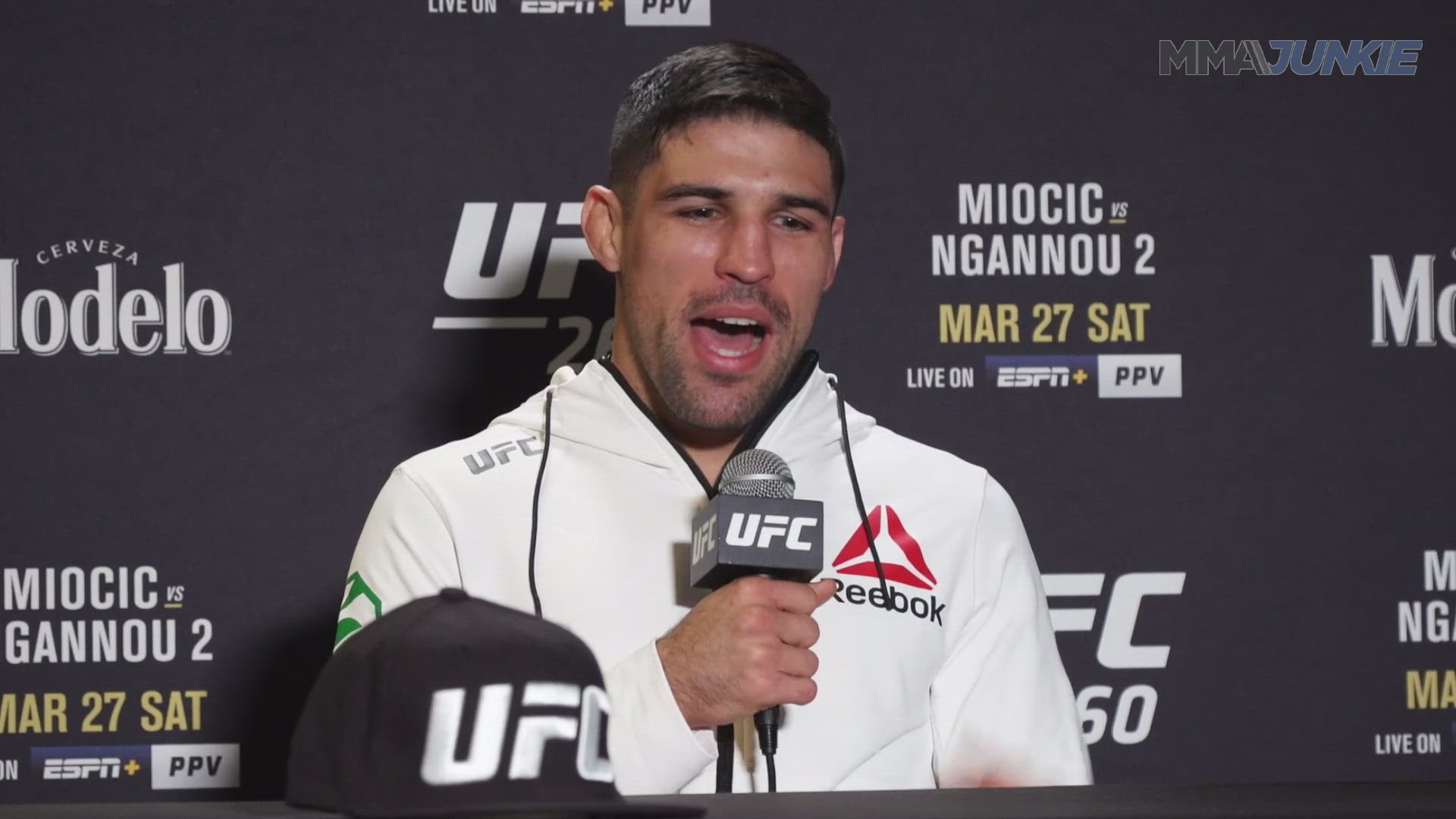 LAS VEGAS – Vicente Luque knows who he wants next.

The welterweight contender made it pretty clear on what should come his way following arguably the biggest win of his MMA career. Luque (20-7-1 MMA, 13-3 UFC) submitted former UFC welterweight champion Tyron Woodley in the co-main event of Saturday’s UFC 260 pay-per-view event.

Now on a three-fight wining streak and 9-1 in his past 10 fights, Luque wants something big whether it’s name-wise or ranking-wise.

“The fight I really wanted, Kamaru Usman took it – I wanted to fight (Jorge) Masvidal,” Luque told reporters at the post-fight news conference. “I think that fight would be a banger. I think our styles match up really well, and that’s why I also called out Nate Diaz. I think out styles match up perfectly. If he’s interested in coming out of retirement, I’ll not fight a top five to fight him.

“But you know, my focus is on the top of the division. Leon Edwards, ‘Wonderboy’ (Stephen Thompson) – two guys that beat me. I would love those rematches, but we’ll see. I definitely want a high-level opponent right now.”

The Brazilian was happy about his submission win over Woodley and said it was the “biggest win” of his career. Now he thinks he belongs among the elite of the division.

“It’s a big thing when you fight somebody that you watch for so long,” Luque said. “I think that the fight against ‘Wonderboy’ helped me out a lot for this fight because in that fight, it was kind if the same. I had watched a lot of ‘Wonderboy’s’ fights, and when I was there I was a little bit nervous, a little bit excited, because I had fought someone who had fought for the title.

“But after that loss, I realized, ‘Man, these guys are just like me. They worked their way up and they’re there because they deserve it.’ That’s what I’m doing. I worked my way up and I’m here because I deserve it. Now I can see myself as the same level of these guys. And I don’t know, it’s just another fight for me, but it was super exciting to fight a guy who was the champion and that I used to be a fan of.” 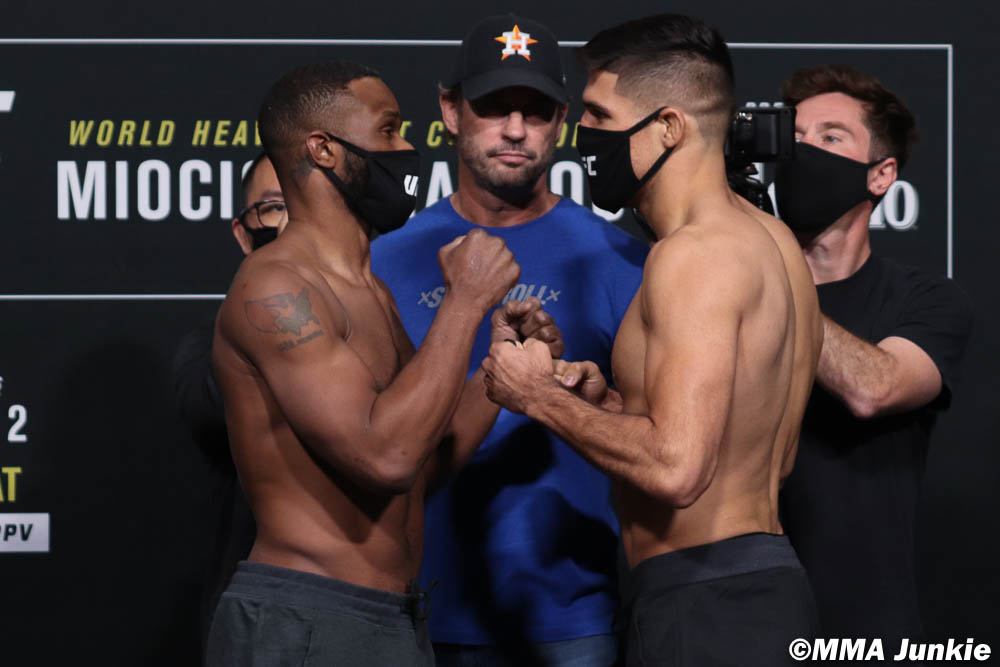 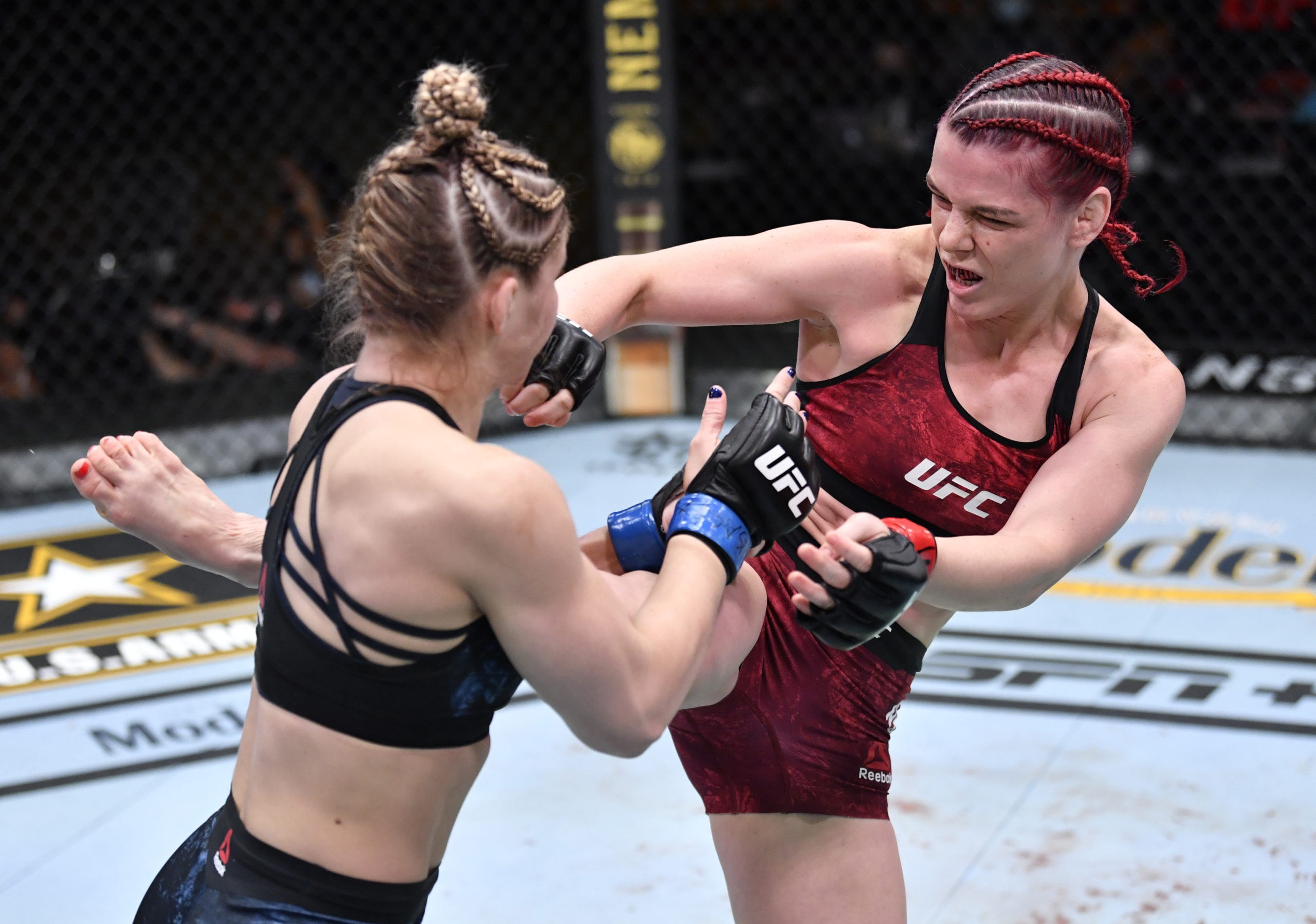