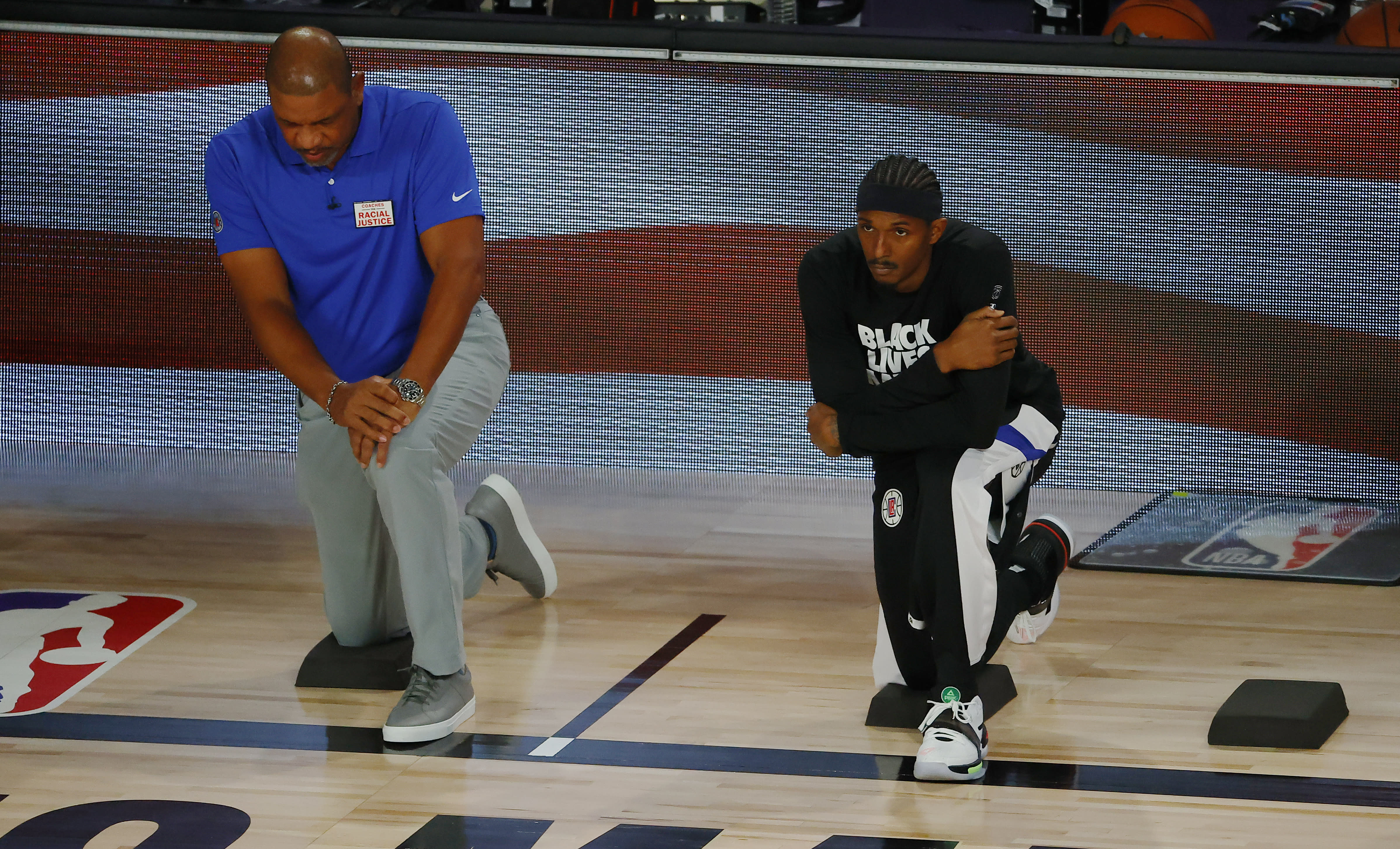 Los Angeles Clippers coach Doc Rivers is once again speaking out after another pair of police-involved shootings in the United States.

Rivers, before their 111-98 loss in Game 6 to the Denver Nuggets on Sunday, addressed the killing of Salaythis Melvin in Florida last month and the ambush attack on two Los Angeles County sheriff’s deputies on Saturday night.

“There’s no doubt in our country that the level of anger and frustration is rising,” Rivers said, via USA Today. “There’s no doubt about it. We’ve had cops get shot in L.A. We’ve had Blacks getting shot by cops. Neither is good. It just can’t be tolerated on either side.”

‘The White House is tone deaf’

Melvin was shot in the back and killed by an Orange County, Florida, deputy as he was running away outside of a Dick’s Sporting Goods last month. A stolen handgun was reportedly found on Melvin. The 22-year-old’s family wonders why officers didn’t use a taser or non-lethal methods instead of shooting him. Protesters even stopped two buses outside of the NBA bubble at Walt Disney World over the shooting.

In Los Angeles on Saturday night, two Los Angeles County sheriff’s deputies were shot in an ambush while sitting in their car. Video of the incident showed a person walk up to the passenger side of the car and open fire through the window before running away. The officers were hit in the head and face.

Both officers underwent surgery and are recovering, according to the Los Angeles Times.

Though Rivers didn’t blame President Donald Trump for those two incidents specifically — that wouldn’t make any sense — he did blame the current administration for the current division in the country.

One simple way to make progress on the issue, Rivers said, is to vote in November.

“What is frustrating, I think for most Americans, is that it’s tone deaf right now,” Rivers said, via USA Today. “Someone picks a side, and that’s their side. They’re ignorant to the other side. We got to get this fixed. That’s why I want people to vote.”