“Not many things in the NBA would get me to say ‘holy s—.’ The Steve Nash hiring just did.”

Jacque Vaughn, who guided the Nets to a 7-3 record before getting swept by the Raptors in the first round, will become the league’s highest-paid lead assistant coach, per ESPN.

The hiring of Nash drew varying reactions from around the league. HoopsHype spoke with three coaches, two general managers, and two scouts to get their takes on the move.

Since 2015, Ty Lue, Steve Kerr, and Nick Nurse won a championship without any prior head coaching experience. Nash will look to join that group with the help of Kevin Durant and Kyrie Irving.

“I like it,” an Eastern Conference general manager told HoopsHype. “I am not sure if Kyrie will respect Nash as a coach, but I think it’s a great hire. I think Steve displays a lot of the attributes, which are important to building a winning culture. He has a great basketball IQ. He’s been around Kerr the past couple of years, and he’ll assemble a great staff. Bird had never coached, and he was one of the best coaches the Pacers ever had. Larry created a winning culture, which resonated with the team.”

Another former player who’s made the transition from executing plays on the court to drawing them up on the sidelines without any prior assistant coaching experience and thrived is Doc Rivers. What has made Rivers successful is his ability to relate to players. Coming into Brooklyn, Nash has the unwavering support of his team’s best player, Durant. Nash even worked out with Durant, Caris LeVert, and former Nets guard Sean Kilpatrick back in 2016.

“I think Nash will do well because he has the backing of KD, which is the most important thing,” another Eastern Conference general manager told HoopsHype. “There are some similarities between him and Jason Kidd’s hiring with them both having no experience and having to coach a team with big-time expectations. I think Nash’s experience being around Golden State for a few years will really help him. He has seen some of what goes into coaching before taking the job, even if not on an everyday basis. Plus, having an assistant like Vaughn, who does not have an ego, will also help.”

As Marks noted on Twitter, the roster Kidd coached was built to win for one season led by the acquisitions Kevin Garnett and Paul Pierce to complement Deron Williams, Joe Johnson, and Brook Lopez.

“The Brooklyn roster now is a win-now team but also has at a minimum three-year shelf life to win a championship,” Marks tweeted. “There are two franchise players in the prime of their careers with KD and Kyrie. A possible third star in LeVert and a great supporting cast of (Spencer) Dinwiddie, (Joe) Harris, and (Jarrett) Allen. Plus, there is still a nucleus of young players and draft picks to develop and build out the backend of the bench or use in a trade.”

“They were different teams,” one Western Conference assistant coach told HoopsHype. “KG and Pierce were so much older, and Nash actually knows management. Wasn’t only hired by ownership. Nash and Sean played together. There is much more potential synergy. I think Nash will be really good with Kyrie. I’m very confident in Nash’s communication skills. He is really calculated too.”

As noted by HoopsHype colleague Frank Urbina, Nash called Irving one of the top four point guards in the NBA on a list that also included Stephen Curry, Chris Paul, and Russell Westbrook. While the connection between Nash and Durant is clear. It remains to be seen how the relationship between Nash and Irving will unfold. One former Nets assistant coach believes two of the greatest point guards to play the game will be able to find common ground and work together nicely.

“If there is anyone that can, it’s him (Nash),” the former Nets assistant coach told HoopsHype. “Kyrie is a different dude, but Nash has the relationship skills, the swag, and the backing to do so!”

For what it’s worth, Nash has held an annual soccer event over the years, which both Irving (2014) and Durant (2018) have attended.

“I love his leadership qualities that make up for the fact he’s never been a head coach,” an Eastern Conference scout told HoopsHype. “He has all the intangibles, as well as the initial support of Kyrie and KD, to be successful. There will be an obvious learning curve, but I think he will do well.”

Nash also has the support of Dinwiddie, one of Brooklyn’s best players who is coming off a career season.

“I love the Steve Nash hire,” Dinwiddie tweeted. “So much of coaching at this level is being a psychologist. I think Caris is the third star, so that’d mean four rockstars in the building. Further roster construction will be interesting.” 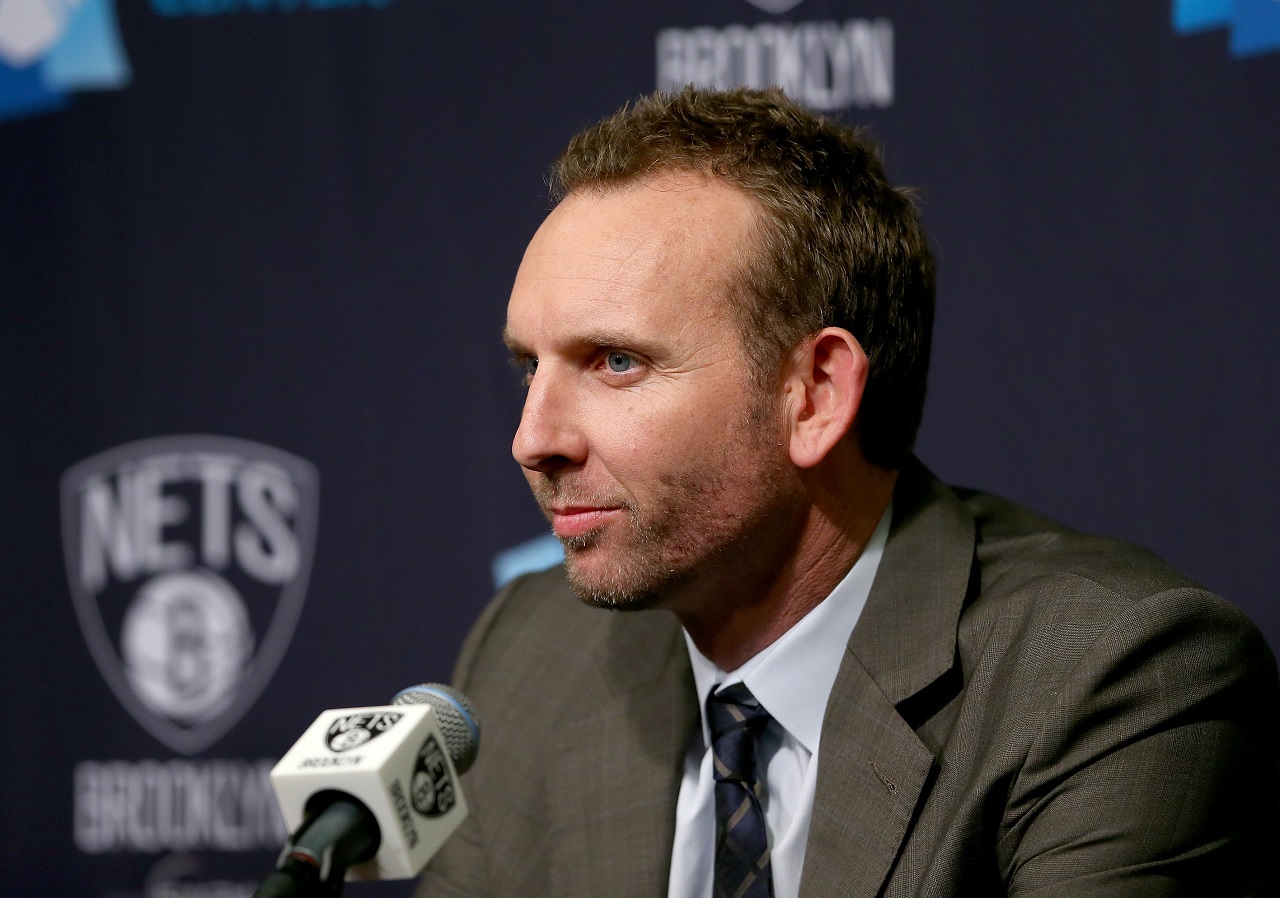 Nash has the characteristics on paper to make a potentially successful transition to coaching. Nash was a Hall of Fame player and two-time MVP, who accumulated the third-highest assist total (10,335) in NBA history. However, there’s no guarantee his success on the court will translate to the sideline.

“It’s ridiculous,” one Western Conference coach told HoopsHype. “It’s just nearly impossible to be prepared without any coaching experience, especially for a team with championship expectations. They’ve got a two-year window. Lue was the obvious choice for me. They may prove me wrong, but I wouldn’t have done it myself. Just surprised to see a total unknown when you’ve got that short of a window.”

While some players have successfully made the jump from the court to the sideline, not every transition, such as Derek Fisher with the Knicks and Kidd’s with the Nets, went smoothly.

“Crazy they just hired Nash,” the former Nets assistant coach told HoopsHype. “(Sean) Marks is always looking to go away from what everyone thinks, and he loves anything Spurs, and he loves Nash. When I was coaching with the Nets, he always talked about Nash. He would always talk about the Spurs’ way and Nash’s approach. That’s what they’re trying to build!”

Marks has tried to establish a culture modeling the Spurs, but Durant and Irving bring their own culture as superstars. Durant and Irving have won three combined championships, and Durant has won two Finals MVPs. Nash never reached the Finals. Will they listen to him when it matters most at the end of a close game or if the team endures a losing streak?

“Steve Nash?” one long-time Eastern Conference scout asked HoopsHype. “I’m shocked for sure. It leads me to think now that Philly is going to get Ty Lue. How do the Nets go with a guy with zero coaching experience? Not even as an assistant. Being a point guard ain’t the same thing.”

The lack of coaching experience for Nash led one former Nets player to question the hiring process.

“Definitely happy for Steve Nash but super disappointed in the Brooklyn Nets,” former Nets forward Trevor Booker tweeted. “So many well qualified African American candidates and they get looked over by someone with no experience at all. The only reason they felt comfortable doing that is because JV stayed on board as the top assistant.”

Prior to Booker’s tweet, Marks noted in a press release the Nets met with a “number of highly accomplished coaching candidates from diverse backgrounds.” Marks was Nash’s teammate with the Phoenix Suns for two seasons and praised Nash’s acumen and selfless approach to the game.

“His instincts for the game, combined with an inherent ability to communicate with and unite players towards a common goal, will prepare us to compete at the highest levels of the league,” Marks said.

For more background on Nash, check out Hawks coach Lloyd Pierce’s appearance on the HoopsHype podcast, where he discussed college stories from their days together at Santa Clara by clicking here.