After four seasons playing for the LSU Tigers, Skylar Mays enters the 2020 NBA draft as a 6-foot-4 lead guard and primary ballhandler.

Mays, who ranked among the Top 10 in program history for free throw percentage, minutes played, free throws made, steals, three-pointers made, assists as well as total points. caught up with HoopsHype about the draft.

Note: This transcription has been very minorly edited for clarity.

I always think it’s awesome when people play for their hometown teams in college. I’d love to hear more about your decision to play for LSU.

Skylar Mays: Obviously, being at home had a good bit to do with it. It’s where I’m from. I also had a strong, strong relationship with Johnny Jones. I played high school ball with his sons. He told me I had an opportunity to play early and compete for a starting spot. That made it a pretty easy decision.

What were some of your favorite experiences playing for the LSU Tigers?

SM: I loved my relationship with my teammates. I got so close with those guys and guys that left before me. I still talk with them. That’s the No. 1 thing that I’m going to take away and be appreciative of, along with the coaching staff and all they’ve done. Will Wade was awesome. He put a lot of trust in me since he came here. I was one of the only guys on the team that wasn’t recruited by him. So for him to put trust in me and have confidence in me meant a lot. I had a lot of fun moments and to win the SEC championship was pretty cool. There are a lot of things to hold onto that I won’t forget. The top moment was probably senior night. I had a chance to soak it all in and enjoy recognition for all of the things that I have been able to accomplish. My game-winner against Mississippi State was a really fun one. Going through that SEC grind during the conference season was really fun for me. Getting to go out there and compete with my guys every day and being looked at to lead was so fun.

How would you describe your demeanor as a leader for your team? 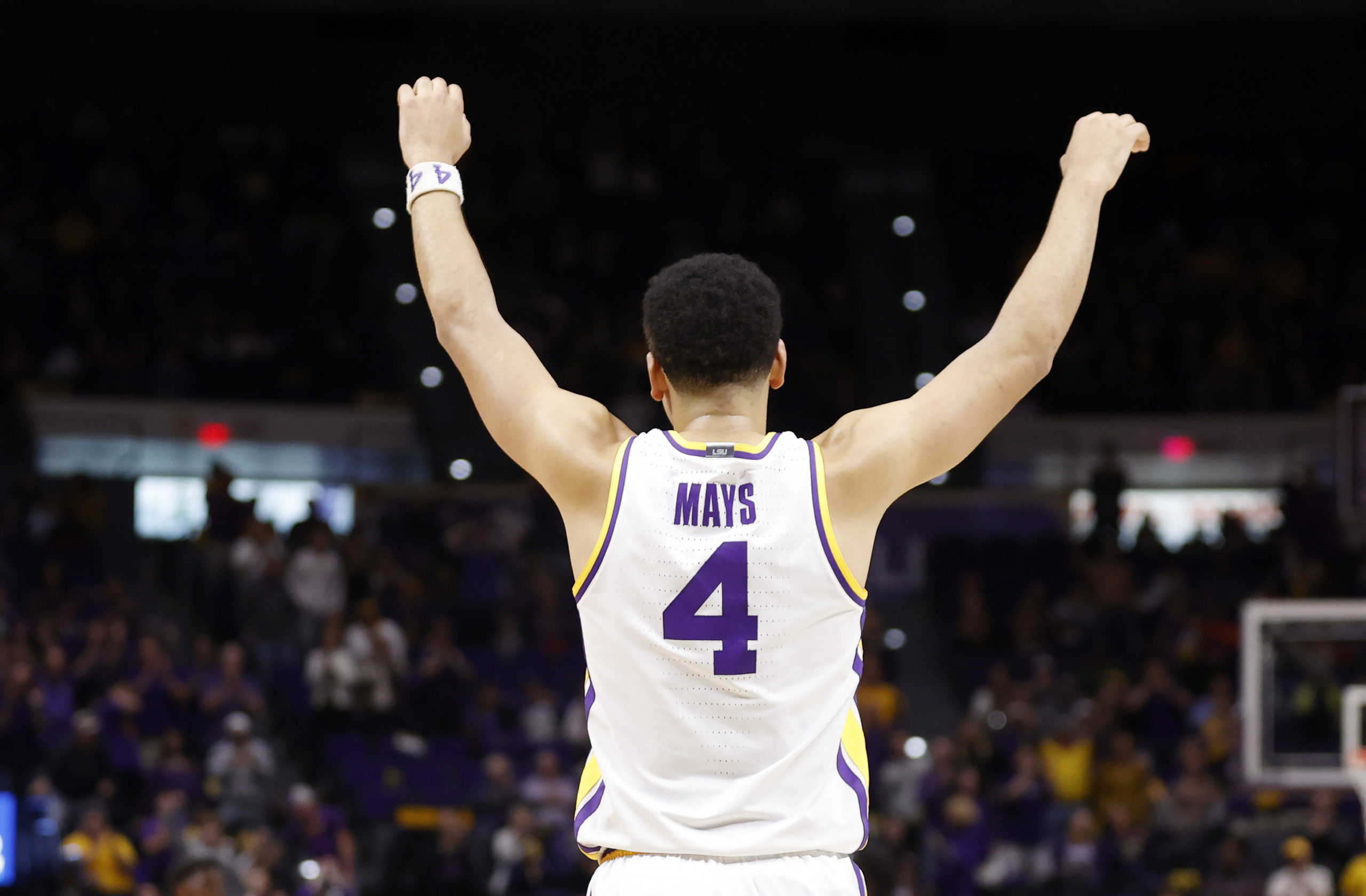 SM: I’ve always tried to develop respect from guys, especially news guys, by coming to work every day and doing the right thing on and off the court. So when I talk to guys and have to be critical at times, they’ll know it’s coming from a good place. I don’t tell them anything that I wouldn’t do. I always try to get respect by actions. That’s the only way you can develop respect from someone, especially when they see you do the right thing time and time again and then it is a pretty smooth transition. I really believe in family and putting guys before yourself and being there for guys. I’m very dependable and very accountable.

You and Ja’Vonte Smart split minutes in the backcourt. How would you rate your confidence playing both on-ball and off-ball?

SM: I feel comfortable both ways now. I had to learn how to play off the ball. I didn’t know how to play off-ball until Ja’Vonte got here. It was very much a transition for me. I’d be lying to you if I said I didn’t like the ball in my hands more. I look at myself as the guy who brings it down the majority of the time. I think I’m more of a point guard than a combo guard right now. But as I developed my ability to play off the ball, I definitely want to use it in games and as a weapon. I definitely feel good in both instances. I try to make the right play, be creative, get in the paint and make the right read.

Your jump shot was impressive, too, as you were able to shoot both off the dribble and off the catch. That shows that you can create your own offense. How have you been able to evolve to become so efficient? 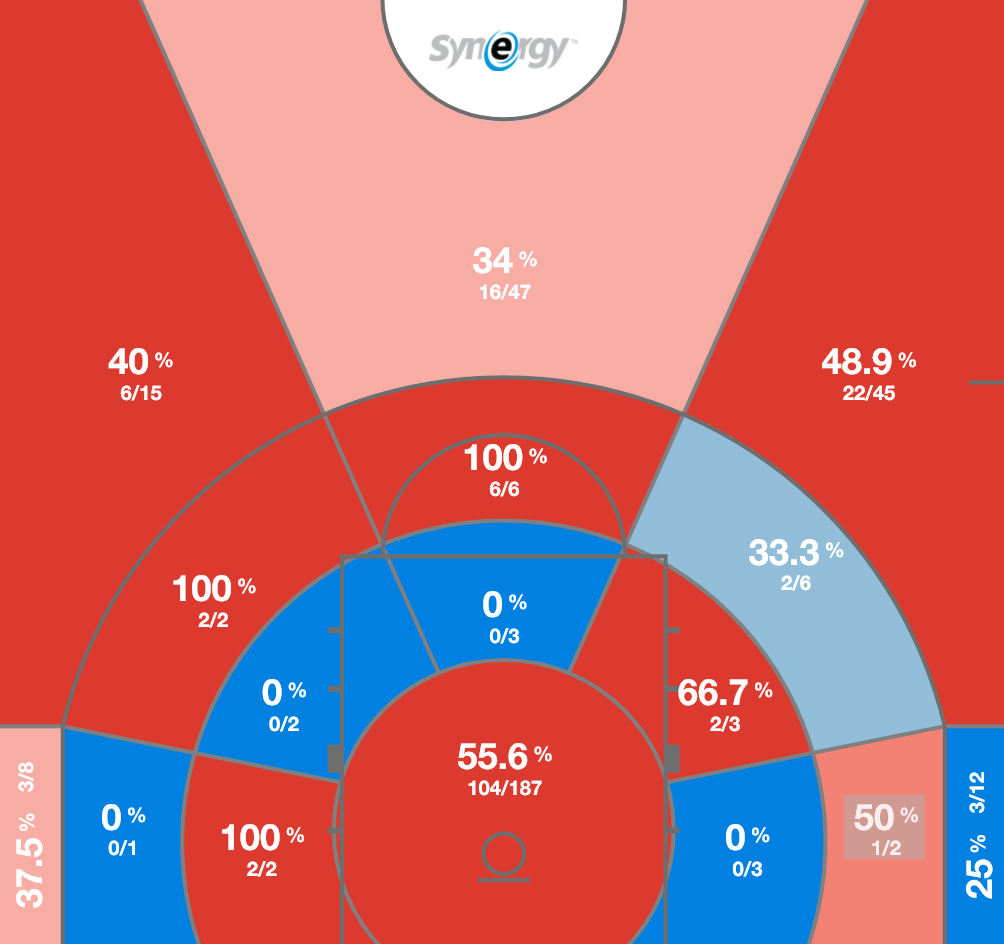 SM: I definitely made some technique improvements. It’s no secret. It’s about repping that technique out, taking good reps. There is a difference between just going to the gym and shooting between 500 and 1,000 shots. You could get more out of it taking 300 and having a good technique and focusing on that. I wanted to make sure I was taking quality shots, not worrying about the number. I wanted to make the most out of my time. I’m really glad I was able to shoot as well as I did because I know I put the work in. I wouldn’t say I’m a sniper yet. But I’d say I’m definitely taking steps in the right direction.

You finished 98th percentile as a finisher in the pick-and-roll, according to Synergy. Would you say this is the strongest aspect of your game?

SM: Yeah, I would say playing off the pick-and-roll, definitely. I feel super comfortable in the pick-and-roll. That’s what I did when I was on the ball as a true point guard. I had plenty of practice with it. I think it showed a lot this past year as I had more opportunities. I wanted to get into the paint, whether that meant getting opportunities for my teammates or getting into the paint and scoring and hurting teams at the free-throw line. I play off my ability to get in the paint.

There were five players on LSU who looked at the NBA this offseason. It is a little different for you because you were a senior but how did you all keep each other motivated during the pre-draft process?

You have played with some NBA players like Tremont Waters when they were in college. What is some of the best advice that they have given you on your next steps? 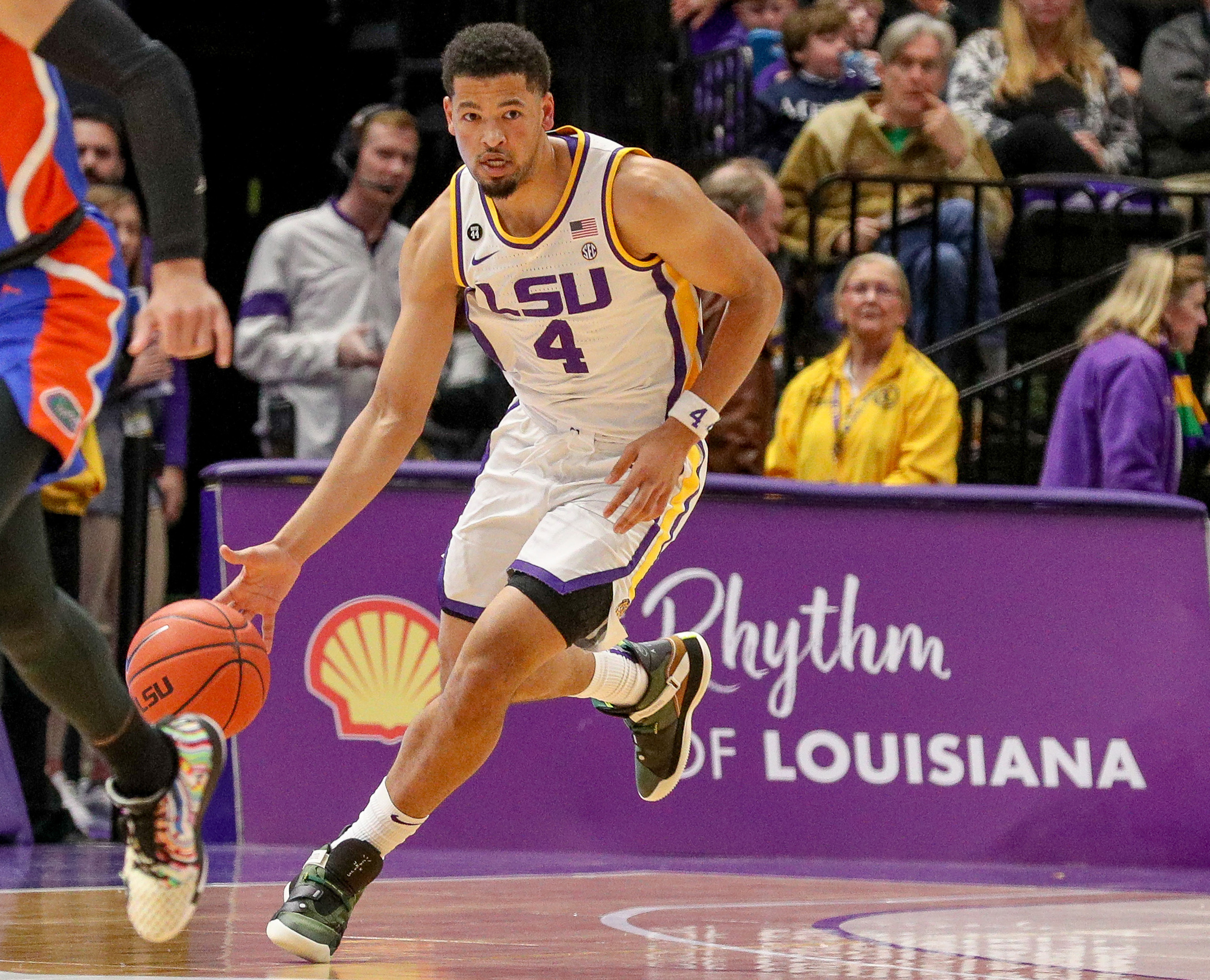 SM: Most conversations I have with those guys have been about the pre-draft process and what the workouts are like. They say to be in great shape but also they know the type of person I am so they tell me to be myself. So far, these interviews have been pretty fun for me. I’ve been centering myself, making sure I do the right things, make sure I need to do whatever I need to do to end up in the right place.

What is one thing that you have tried to stress to NBA teams when you have spoken to them?

SM: I’m a winner. I put winning before everything. I’m very versatile and have a lot of elements to my game that can give value to a team. I won two state championships in high school at Louisiana State University Laboratory School. It’s a high school on LSU’s campus. We had a down year my first year in college but we made steps in the right direction every year afterward, including an SEC championship. I definitely have a winning pedigree.

You also played high school basketball with fellow NBA prospect Markus Howard when you were a senior. How did that help shape the player you are today?

SM: It was huge. Markus was really tough. He made me a lot better as a player on the defensive end. We had a lot of guys like PJ Washington and O’Shae Brissett, who are in the NBA now. Every practice was a warzone. We really got after it, which made my transition into college a lot more smooth. I got a feel of what it felt like to be away from home and away from my family. I had an opportunity to compete against guys who were going to play high-level D-I basketball every day.

There are a lot of things about you that actually remind me of Spencer Dinwiddie. Are there any players in the NBA whose game you feel most closely resembles yours?

SM: Definitely! I’d say that Malcolm Brogdon and Derrick White are two great comparisons. I think a bigger Fred VanVleet, too. Those are some guys I really look to and appreciate their games. I try to take tidbits from them all.

I think another similarity with you and Brogdon is intelligence off the court. You won SEC Scholar-Athlete of the Year in 2019 and 2020 and SEC McWhorter Award winner as the top scholar-athlete. Tell me about your studies and the way you value academia.

SM: I come from a background of doctors. Most people would think that I took kinesiology because my parents did it. But I actually really do have an appreciation for that science as it applies to medicine. I’ll potentially get back into it once my playing career is over. I’m very adamant about doing well in the classroom. I’m appreciative of all the honors I’ve received, it’s definitely something that I take seriously.

That’s amazing! If you were to practice medicine, what would your focus be?

SM: I’m interested in P3 Applied Sports Science, how they’re able to apply their studies to high-level athletes. It’s super interesting to me. I’m a bit more interested in that than a white coat or sitting at a desk.

Besides your studies, what else do you do when you are not playing basketball?

SM: Yeah, I love hanging out with my family. I come from a huge family. I’ve got seven brothers and sisters. I’m the third-oldest. We all have the same initials. I’m the only one that played D-I athletics. Four of them are still in high school. We do crawfish boils down here. I like to skate. I like to listen to music. I’m a big movie guy. My favorite movie of all-time is Coming to America (1988).  I have been watching a lot of romantic comedies, I just watched Crazy Stupid Love (2011). My favorite TV show is The Boondocks.

Awesome. What are your long-term goals as a basketball player?

SM: I want to have a Hall of Fame career. I definitely have a true love for the game and I’m also willing to put all of the work it takes to be as successful as possible. I know a big part of that is winning. I’m going to stick to what got me to this point and that’s having a winning mindset and putting the team first. I’ve been successful because I’ve thought that way.