After three years of losing, Arturas Karnisovas and new Bulls coach Billy Donovan are changing the perception of Chicago around the league quickly.

When Donovan and the Oklahoma City Thunder agreed to mutually part ways, Karnisovas was one of the first people to reach out and express interest.

Donovan also interviewed with Indiana, as first reported by The Athletic. However, the Pacers weren’t far enough into their coaching search and didn’t make an offer. Donovan also spoke with the 76ers about their coaching vacancy.

In Karnisovas, Donovan has a proven executive who helped compile a surplus of young talent with the Denver Nuggets for sustainable success. Donovan believes the Bulls are on the rise in the East with their young core of Zach LaVine, Wendell Carter and Lauri Markkanen. After coaching stars with strong personalities in Kevin Durant, Russell Westbrook, Carmelo Anthony, Paul George and Chris Paul, Chicago presents an exciting new challenge.

“I think Billy will do a great job,” an Eastern Conference general manager told HoopsHype. “He has not coached a team without a strong personality, so we will really be able to see what Billy is about now with this young growing team. I think he and Arturas will work great together. I think (Wes) Unseld Jr. had a good shot at getting it, but I feel like Billy is the better coach for the team right now. Looking at the other jobs for Billy, the only one that might have been better for him is New Orleans, but I can see why he went with Chicago. They have young talent, lots of flexibility, a great city, and solid ownership.” 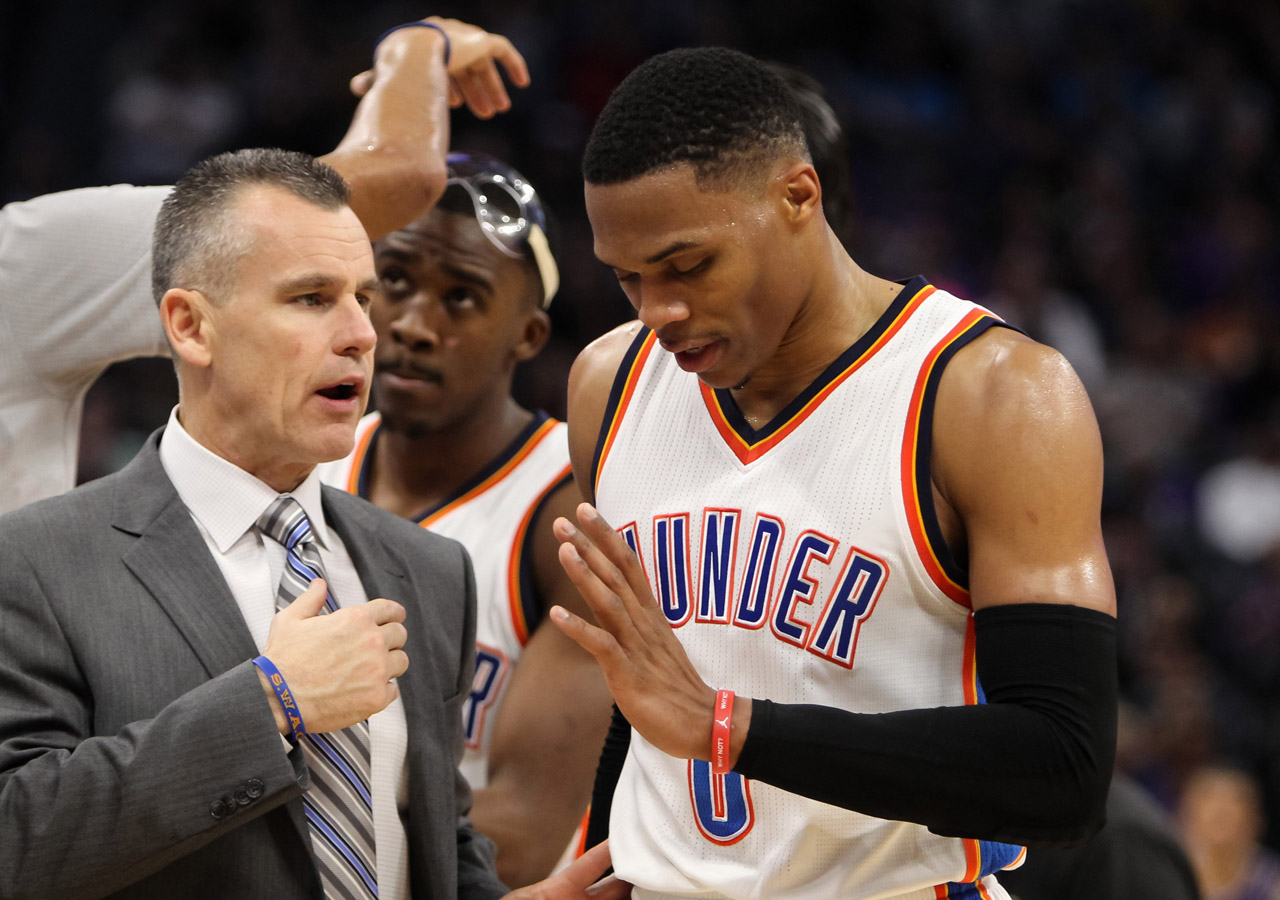 “It will be a good hire for them, and Chicago must’ve been willing to pay him,” another Eastern Conference general manager told HoopsHype. “Billy is a special person, and he’ll do a great job there.”

Donovan and Karnisovas will collaborate to put together the rest of his assistant coaching staff. Some potential names to keep in mind include Mark Daigneault and Billy Schmidt, who worked with Donovan at the University of Florida and in Oklahoma City. Another Thunder coach who could be a candidate to join Donovan’s staff in Chicago is Dave Bliss.

Outside of Oklahoma City, keep an eye on Royal Ivey, who’s currently under contract with the Knicks. Several teams have expressed interest in Ivey and believe New York would allow him out of his contract as SNY reported.

“It’s a great spot,” one Western Conference coach told HoopsHype. “I like their position. They’ve got to hit on that fourth pick, but you’ve got some talent at least.”

Several agents with clients on the Bulls also praised the move.

“I’m not too familiar with him personally, but they can only go up,” one agent told HoopsHype. “He’s obviously a winner. I’m excited to see what he does.”

As the agent alluded to, the Bulls have struggled mightily over the past three seasons with a combined 71-158 record. Chicago’s .310 win percentage is the second-worst in the NBA during that span trailing only the Knicks.

Donovan is a proven winner after leading the Florida to consecutive NCAA titles from 2006-07 and eventually making the jump to the NBA where he had a 243-157 record (.608 winning percentage) during his five seasons with the Thunder.

“It’s great,” another agent said. “He or Kenny Atkinson would’ve been good choices. They can only go up. They have a lot of talent and underachieved, so he can look really good when they do better.”