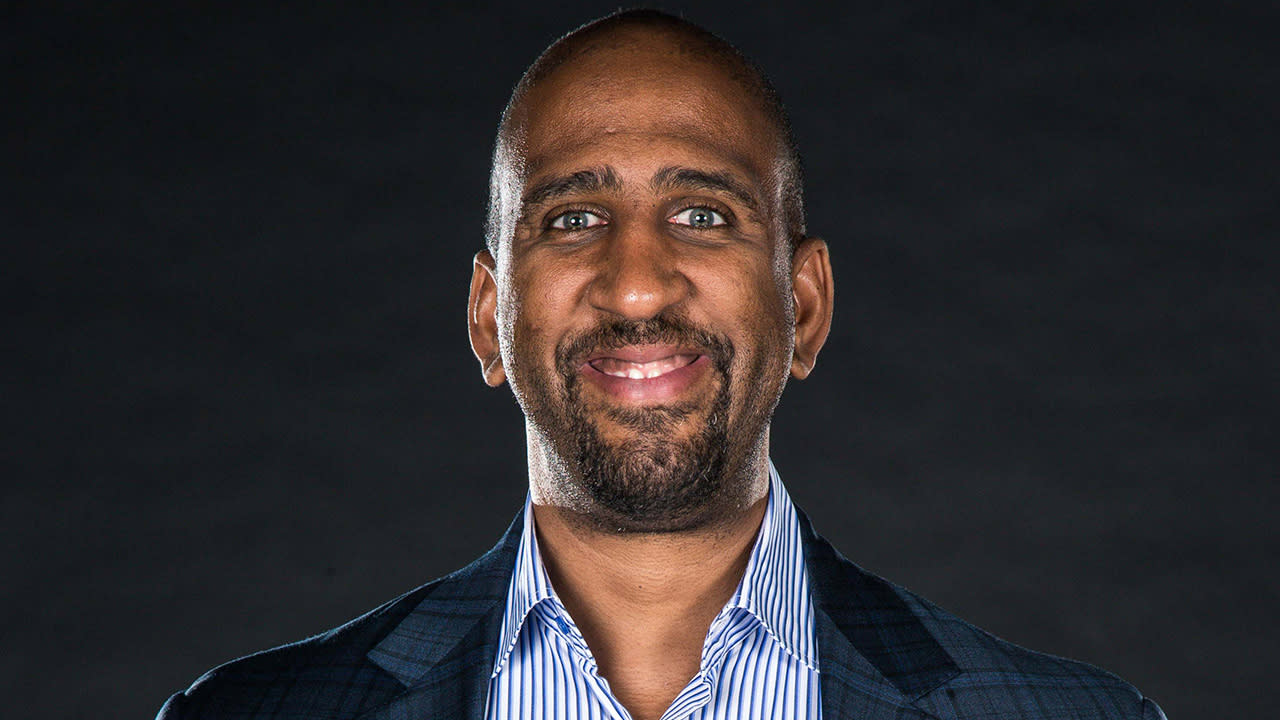 If you are keeping score at home, you might need one of those huge dry erase boards for the Kings front office search.

The candidate list started out on Wednesday with a set of six names. By Thursday it was down to five and another name fell off on Friday.

On Saturday afternoon it appeared that Denver Nuggets GM Calvin Booth would not move forward with the process, but that no longer seems to be the case.

According to Marc Spears of The Undefeated, not only is Booth still in the running, but he interviewed with the Kings on Sunday.

The Kings interviewed Nuggets general manager Calvin Booth today for their GM opening, a source told @TheUndefeated. Interview was for the top basketball executive position with the Kings. The former Kings center ranks second behind president of bball ops Tim Connelly in Denver.

Booth, who finished his NBA career with a seven game stint in Sacramento, is an interesting name for the Kings in their search for a new executive.

The 44-year-old former center has moved up through the ranks quickly in Denver and he is considered a major up and comer in the NBA executive world.

Booth is currently the No. 2 with the Nuggets behind Tim Connelly, although he was promoted to that position earlier this summer after GM Artūras Karnišovas took over the Chicago Bulls.

According to Spears’ tweet, Booth’s interview was for the top basketball executive position with the Kings. That bit of information might help clarify the situation in Sacramento.

Interim VP of basketball operations Joe Dumars is currently helping with the search, as is Mike Forde of Sportsology. Questions remain about what role Dumars might have moving forward with the Kings, but the fact that they are searching for a top executive to run the franchise should settle some of those concerns.