“In terms of what we’re looking for, we’re going to continue focusing on player development,” Karnisovas said. “Someone who puts relationships with players first and is a good communicator.”

While the list of candidates may grow, several coaches and executives around the league believe there is one candidate who stands out amongst the current group – Atkinson.

“I think the list will change, but out of the group mentioned, I think Kenny would be the favorite,” one general manager told HoopsHype. “Some of it depends on Arturas’ timeline, but Kenny can coach, and he can oversee player development. He will be able to compete on the court while also continuing to develop the young guys.”

Atkinson was Jeremy Lin’s primary development coach during Linsanity. Jeff Teague became an All-Star while Atkinson was his assistant coach in Atlanta. Most recently, D’Angelo Russell developed into an All-Star under Atkinson’s tutelage with the Nets. Also in Brooklyn, Spencer Dinwiddie and Joe Harris evolved into starting-caliber players.

“No brainer, Kenny Atkinson,” one NBA scout told HoopsHype. “It’s a young team. He will do for Chicago exactly what he did for Brooklyn. He’ll have them overachieve, outhustle and outwork teams on a nightly basis. They will be physical, smart, and tough to guard because they will share the ball. Plus, he’s a no-nonsense, direct, fair coach who relates very well to players. He’d be my pick.”

In Chicago, Atkinson would be reunited with assistant coach Chris Fleming, whom he worked with for three seasons in Brooklyn. 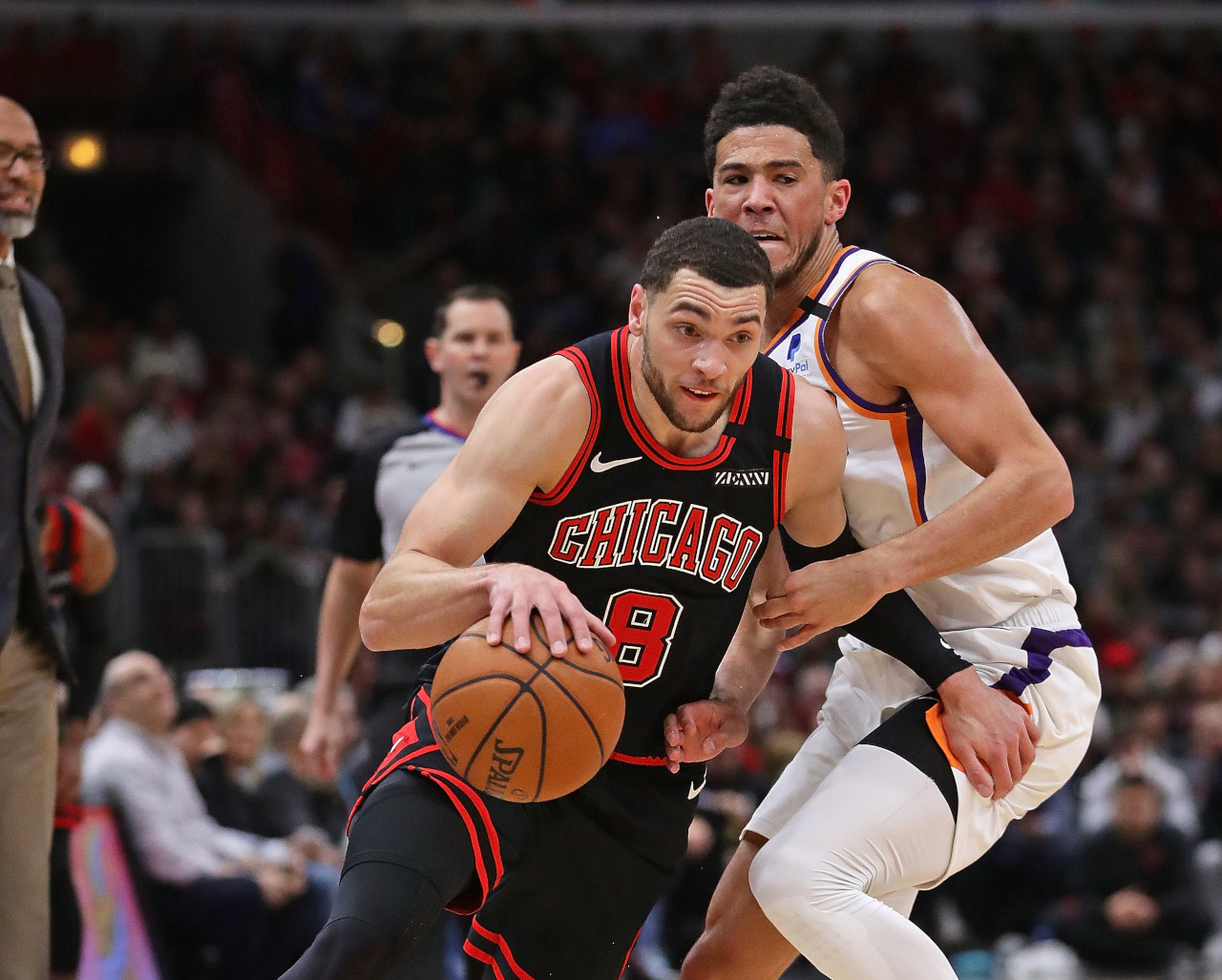 While Zach LaVine has become a proven scorer on the wing, Atkinson’s ability to maximize the play of his guards could be a welcomed addition for Kris Dunn and Coby White. Dunn, the fifth overall pick of the 2016 draft, is eligible for a $7.1 million qualifying offer and restricted free agency this summer. White, the seventh pick of the 2019 draft, is a projected All-Rookie 2nd Team member, per our media voting poll.

In Lauri Markkanen, Atkinson would have the stretch-four he covets for his offensive schemes and maximum floor spacing.

“Kenny is the move,” one NBA assistant coach told HoopsHype. “He’s done this job before with less talent. This is a player development job. They have talent that needs to be developed and utilized. There is more there than people think.”

Should Karnisovas consider hiring an assistant coach, Unseld Jr. is a prime candidate given their history with the Denver Nuggets. With the help of Unseld Jr., Denver’s defensive rating improved from 25th to 16th since being hired in 2015.

“Kenny would be very good there,” another general manager told HoopsHype. “My gut is they go with an assistant coach that Arturas has worked with before. I think Unseld deserves a shot.”

Karnisovas is also familiar with another assistant, Griffin, whom he played with at Seton Hall under coach PJ Carlesimo.

Griffin, a former Bulls player for three seasons, recently coached the Raptors to a win over the Philadelphia 76ers as head coach Nick Nurse gave his top assistant an opportunity for some hands-on experience in the big chair.

The next morning, Griffin’s ex-wife tweeted that he abused her, including choking her, throwing her into a wall and dragging her while she was pregnant.

Griffin “vehemently” denied the allegations of his ex-wife and said the two are “involved in a longstanding legal dispute over alimony and child support arrangements” in a statement.

It’s unclear how those allegations will affect Griffin’s potential candidacy.

Vanterpool and Udoka received some praise from talent evaluators.

“I think Vanterpool will be good if he gets an opportunity,” one former NBA executive told HoopsHype. “He’s a high-level player relator, which has been a piece they’re missing there.”

Vanterpool was an assistant coach with the Blazers for six seasons while Damian Lillard and CJ McCollum emerged as one of the league’s premier backcourts.

“Keep an eye on Ime Udoka,” an NBA scout told HoopsHype. “He’s a bright, young up and coming head coach candidate. It’s only a matter of time before he’s hired.”

Similar to Udoka, Ham – a former eight-year NBA veteran – is considered a rising coach in the league after following two-time Coach of the Year, Mike Budenholzer, from Atlanta to Milwaukee.

Silas is in the midst of his 19th season overall and his second season as an assistant coach under Rick Carlisle with the Mavericks.

Finally, amid the curiosity of who’s next to coach the Bulls, one current NBA coach sympathized with Boylen and believes he will be back coaching again soon.

Atlanta Hawks coach Lloyd Pierce was recording a podcast appearance with HoopsHype as news of Boylen’s firing broke. As a fellow coach tasked with developing a young team in a rebuild, the news hit home for Pierce.

“For me, it’s disturbing,” Pierce told HoopsHype. “It’s upsetting. Jim’s a great man. I know the challenges that he was facing as a coach with a team that’s similarly young to ours. You’re trying to get that thing going. It’s not always the easiest task at hand when you’re dealing with the media, social media, young players, and the expectations of everyone. Everyone wants to win, and everyone wants to win right now. I know the position. I’m in the position, but we all know as coaches that this is the job we’re in. We understand the expectations that come with the job. We understand the seriousness of those expectations, and we take on the task knowing that. I think Jim will be fine. He’ll land on his feet soon.”