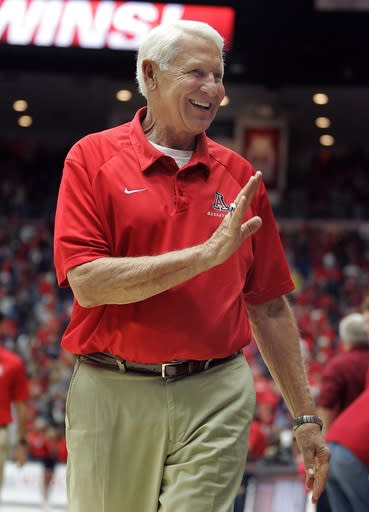 Lute Olson, the Hall of Fame coach who turned Arizona into a college basketball powerhouse and led the program to its lone national title in 1997, has died. ''Coach Olson is the absolute best, one of the greatest coaches ever and one of the greatest human beings ever,'' Georgia Tech coach and former Arizona player Josh Pastner tweeted. Olson spent 24 seasons at Arizona, revitalizing a fan base in the desert while transforming a program that had been to the NCAA Tournament just three times in 79 years before he was hired in 1983.