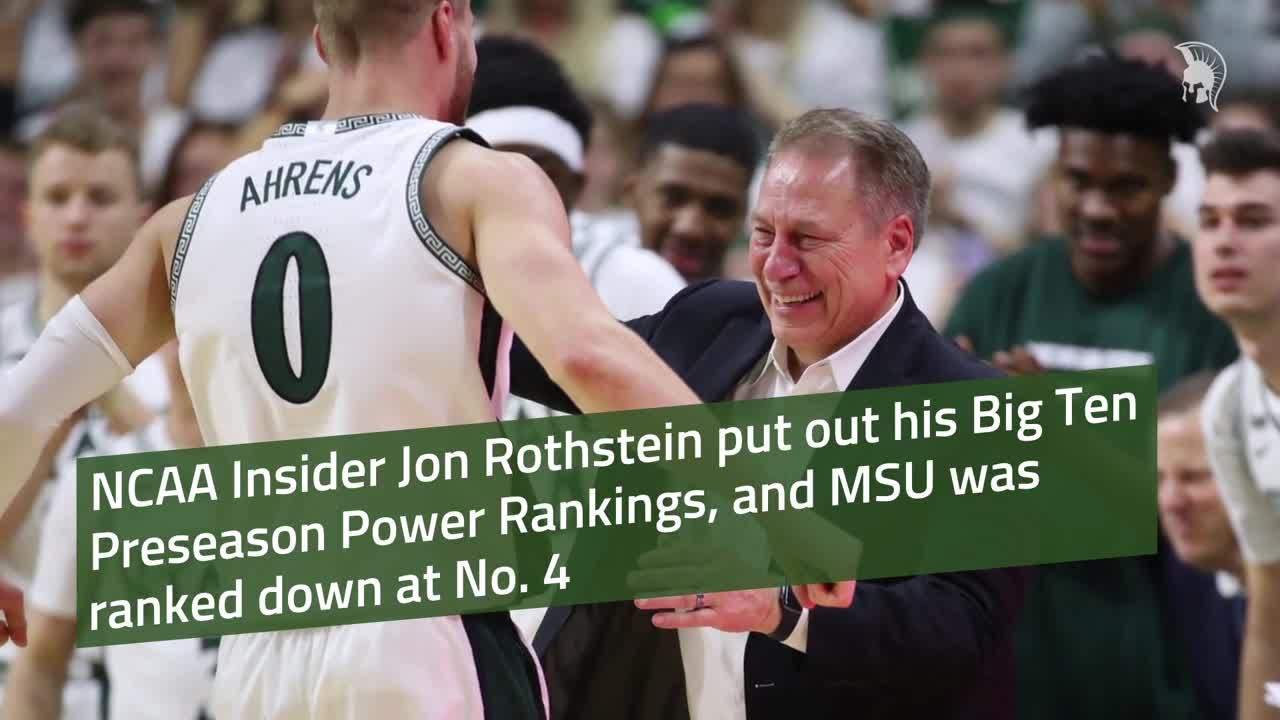 NCAA Insider Jon Rothstein put out his Big Ten Preseason Power Rankings, and MSU was ranked down at No. 4. The Spartans are being ranked much lower than they normally would in preseason previews. The lower ranking is likely due to Cassius Winston and Xavier Tillman leaving for the NBA

Did you miss our previous article…
https://sportsgooru.com/ncaa-bb/video-kliemans-week-two-bye-presser/