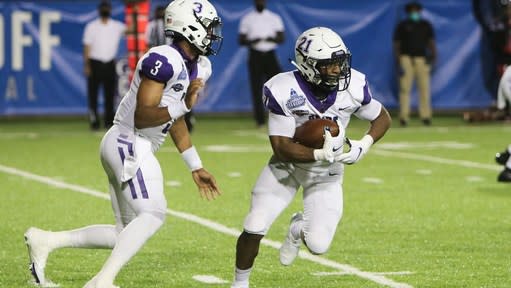 Central Arkansas' first-ever meeting with the three-time defending national champion on Oct. 3 in Fargo is the biggest FCS game of the fall. With nine games, UCA has the largest fall schedule among the 15 FCS programs in action, so it doesn't plan to play in the spring. NDSU is only playing the UCA game this fall – perhaps a final game for quarterback Tre Lance, a leading prospect for the 2021 NFL Draft should he declare for it as redshirt sophomore, as well as some seniors.