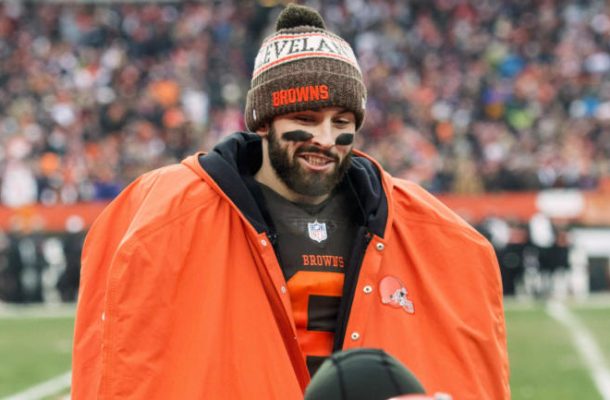 May 17, 2019 at 10:29 am ET • 6 min read The NBA Finals have yet to begin, and the NHL is still weeks away from handing out the Stanley Cup But that won't prevent me from ruminating on my annual way-too-early NFL playoff predictions Yes, that's right We're doing this in May Again Because why not? Don't fool yourself, these rosters are largely set and almost nothing that transpires during overblown organized team activities is gonna matter one bit once they start playing for real in September

The guys who are still available as veteran free agents generally have significant injury risks and, even with the exception of a guy like defensive tackle Ndamukong Suh , I'm not buying him as being the difference between a team reaching the postseason and losing out, no matter where he signs.

The NFL 's offseason is basically on hiatus until the flurry of activity that surrounds final roster cutdowns (with the possible exception of a Jadeveon Clowney trade or some other such franchise-tag shenanigans) This, for the most part, is it, and I'm ready to take my first swipe at projecting which teams will be playing into January and which will not AFC East New England Let's be real, you'd have to be a fool to predict anything other than this Say what you want about parity and all, but it never really seems to apply in this division and as long as Bill Belichick and Tom Brady are doing their thing, I'm not betting against them Every other team in the division is either stuck in a tear-down or still relatively early in a rebuild The Pats might be pushed a little more than they are used to, but I don't foresee any real intrigue here barring an injury disaster for New England

The Chargers have the most talent in the conference and while we know things have a way of going sideways for them come January, I can't fathom them not making it They were a force last year despite never having Joey Bosa , Melvin Ingram and Hunter Henry healthy for the same game, and they are in win-now mode

Love their draft, and they're continuing to develop impact players ready to emerge.

Quality QB, abundant skill players and a nasty defense Balance on both sides of the ball I like them to host multiple playoff games at their bandbox stadium (or somewhere else if the NFL forces them to move) AFC North Cleveland I'm buying the Browns

Right now Freddie Kitchens is in a honeymoon phase and I expect this team to be young and hungry and out to make some noise.

Love some of the additions to the staff – head-coach-to-be Todd Monken in particular – and the Browns are finally ascending at the right time, with the rest of this division in turmoil or rebuilding or just hiring a baby-faced head coach themselves Who knows if they will be able to sustain things there, and that ownership group will always give you pause, but I will ride this team in 2019 AFC South Indianapolis

I don't see this being particularly close.

The Jags keep pretending they are a contender, and the Texans seem intent on getting their QB maimed for the third straight season and the Titans are stuck in-between at QB The Colts defense is no-name but packs a punch and Andrew Luck will be an MVP candidate Great chemistry and culture, set by GM Chris Ballard and coach Frank Reich, and a young roster that should enter its prime en masse Smartly avoided wasting big money in free agency and poised for years of competing AFC Wild Cards Kansas City and Baltimore The Chiefs ' "defense" scares the heck out of me and if Tyreek Hill is banished from the league then good luck getting another 50 TDs out of Patrick Mahomes Frankly, I could see this team taking a major step back given the leadership drain in the locker room, but ultimately I figure Mahomes and Andy Reid are good for 10 wins

Baltimore's offense should be totally transformed, they won't be silly about how much they ask Lamar Jackson to do too soon, and while the pass rush will suffer they may have the best secondary in football.

They'll pick up where they left off NFC East Philadelphia I don't see this being close, either Carson Wentz may be the NFL MVP and they have fortified key areas of need, like OL and RB They're far ahead of every other team in this division in terms of roster composition and depth and a superior pedigree in front office/coaching Of course, Wentz's health could be an issue again, and there will be no Nick Foles magic to conjure in 2019, but I am going by what we see on a depth chart right now, and in the NFC East I don't see it being difficult to determine that one of these teams is not like the others (especially with two of them just selecting QBs in the first round) NFC West Seattle Russell Wilson need fret about his future no longer The Seahawks have the ultimate security and will benefit immediately from John Schneider multiplying their draft haul exponentially The Rams will regress some, and while the 49ers will surge, I see them more as a wild card threat than division champs Seattle can run it down your throat and there's no way they bottle up Wilson like they did down the stretch a year ago There's better talent on offense and the defense is a year removed from its exodus of veteran leaders Pete Carroll will lead them deep into January NFC North Minnesota Kirk Cousins may not ever get them over the mountain, and he may not win huge games, but they will beat enough mediocre teams to win this division They dealt with mental health and physical health issues on defense in 2018, but Mike Zimmer knows the bar must be set higher on that side of the ball this year, and I expect them to be more consistent and menacing Give Cousins a few more leads and good things happen I have serious concerns about the new power structure in Green Bay and the Aaron Rodgers/Matt Lafleur coupling could be perilous, and the Bears are the poster boys for 2019 regression to me (more on that next week) NFC South New Orleans This might be it for Drew Brees and after the ridiculous way last season ended, well, look out for this group in 2019 Hell hath no furry like a Sean Payton team scorned Uber-talented across the board and able to beat you in many ways They bounced back from a few early-season 2018 sophomore slumps and that elite 2017 draft class will lead the way this season I would not by any means rule out the Saints making a slash at the trade deadline to put them over the top (perhaps another WR) No team in football seems more all-in for 2019 than this bunch NFC Wild Cards Los Angeles and Carolina That Super Bowl losers slump thing has proven to be real, but Sean McVay has the chops to get this team back to the postseason despite a challenging schedule and some concerns about the offensive line and run game I don't see them being the juggernaut they were a year ago, but they'll score enough to reach the postseason The Panthers have quietly made smart, low-risk buys throughout free agency and the draft to upgrade the offensive line and pass rush, which were serious needs If Cam Newton stays healthy they are the second team to emerge from the mighty NFC South, over the Falcons If Cam crumbles due to the shoulder, I would slot the Falcons in here Pick Six Newsletter Get the day's big stories + fun stuff you love like mock drafts, picks and power rankings I agree that CBS Sports can send me the "Pick Six Newsletter" newsletter Please check the opt-in box to acknowledge that you would like to subscribe

Thanks for signing up! Keep an eye on your inbox for the latest sports news.