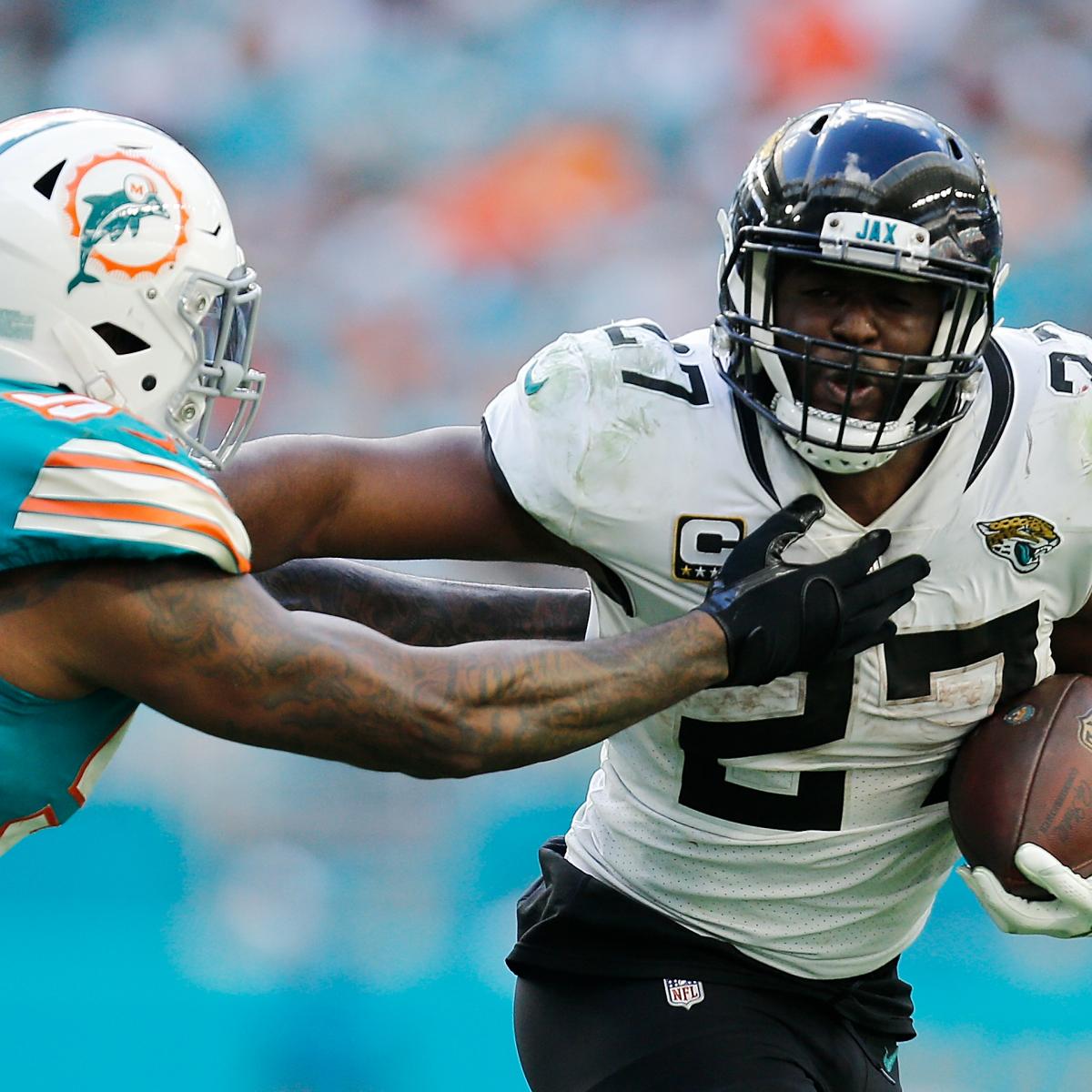 NFL Network’s Ian Rapoport reported the Jaguars had tried to trade him for months to no avail.

The 25-year-old was the No. 4 overall pick in the 2017 NFL draft and impressed in his rookie campaign, rushing for 1,040 yards and nine touchdowns in 13 games. It appeared the Jaguars had found their offensive centerpiece for the next decade, leaning on him and a stout defense to a postseason berth.

The Jaguars had the New England Patriots on the ropes in the AFC Championship Game, though they couldn’t finish the job. And from there, things fell apart.

The Jags went just 5-11 in 2018, and Fournette appeared in just eight games, rushing for 439 yards and five touchdowns. While injuries were an issue, he was also suspended for the team’s Dec. 2 game against the Indianapolis Colts after getting into a fight against the Buffalo Bills the previous week.

He also earned the ire of executive vice president Tom Coughlin in Week 17.

Fournette didn’t play in the game but didn’t seem particularly interested in being on the sidelines and sat off to himself, and the Jaguars official ripped both him and fellow running back T.J. Yeldon for their body language and disinterest.

“I am disappointed in the behavior today from T.J. Yeldon and Leonard Fournette,” Coughlin said, per Michael DiRocco of ESPN.com. “They were disrespectful, selfish and their behavior was unbecoming that of a professional football player.”

The LSU product’s weight and conditioning were also reportedly an issue during the 2018 campaign. According to DiRocco, “There was mounting frustration inside the organization about the length of Fournette’s rehab from the hamstring injury, and that time away apparently impacted his conditioning.”

And that December, Fournette also threatened a Tennessee Titans fan, though he later said the heckler taunted him with racial slurs.

Nonetheless, the transgressions passed the boiling point for the Jaguars, and the team voided the guarantees in his contract, claiming his suspension rendered them null. That set up a fight between Fournette, the NFLPA and the Jaguars, and it appeared the player didn’t have a future in Jacksonville.

But Fournette had a solid year for the Jaguars in 2019 despite those past issues with the team, rushing for 1,152 yards and three scores. More surprisingly, he caught a career-high 76 passes for 522 yards, appearing in 15 games.

Fournette was a star at LSU and showed flashes of excellence in his rookie season and the 2019 campaign. It’s hard to imagine he won’t be one of the more sought-after free agents on the market this offseason following his release.