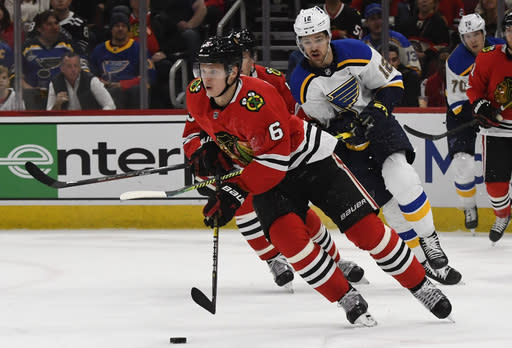 The Los Angeles Kings have acquired defenseman Olli Maatta from the Chicago Blackhawks in a trade for minor league forward Brad Morrison. The Kings announced the deal Sunday to acquire Maatta, a two-time Stanley Cup champion with Pittsburgh. Maatta spent last season with the Blackhawks after six seasons with the Penguins.