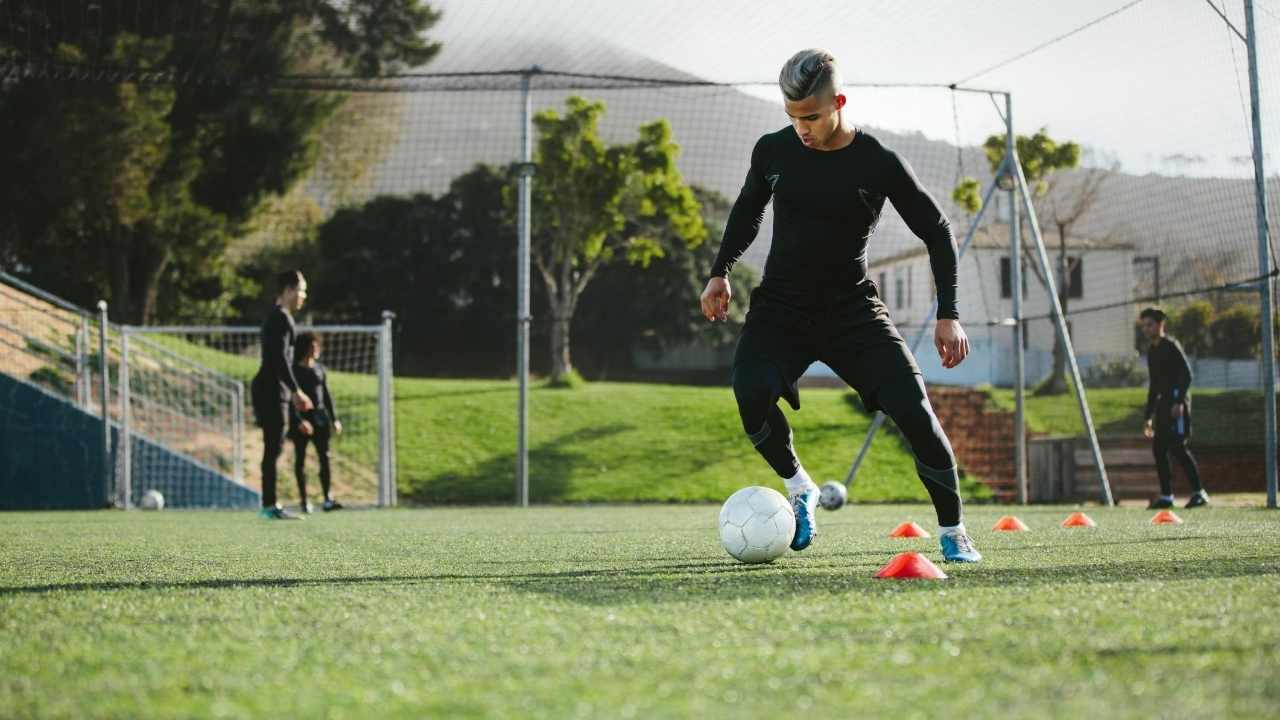 VIDEO SHOWS: FILE FOOTAGE OF KAI HAVERTZ TRAINING WITH BAYER LEVERKUSEN AND GERMAN NATIONAL TEAM SHOWS: LEVERKUSEN, GERMANY (FILE – NOVEMBER 5, 2019) (REUTERS – ACCESS ALL) 1. KAI HAVERTZ AT TRAINING WITH BAYER LEVERKUSEN DUESSELDORF, GERMANY (FILE – AUGUST 9, 2020) (UEFA – NO RESALES. NO COMMERCIAL USE. MUST ON-SCREEN COURTESY "©UEFA 2020".) 2. HAVERTZ WARMING UP 3. HAVERTZ STRETCHING 4. HAVERTZ 5. HAVERTZ WALKING INTO POSITION 6. HAVERTZ DURING TRAINING MATCH HAMBURG, GERMANY (FILE – SEPTEMBER 5, 2019) (REUTERS – ACCESS ALL) 7. VARIOUS OF HAVERTZ PASSING BALL DURING GERMANY TRAINING 8. HAVERTZ (THIRD IN LINE) WARMING UP AMONG A GROUP OF FIVE PLAYERS STORY: Chelsea have signed Germany's highly-rated attacking midfielder Kai Havertz from Bundesliga side Bayer Leverkusen on a five-year contract, the Premier League club announced on Friday (September 4). Financial details of the deal were not disclosed but British media reported the fee for the 21-year-old was in the region of 71 million pounds ($94.34 million). Havertz left the national team camp on Friday to complete his medical before signing for the London club. "I am very happy and proud to be here. For me it's a dream come true to play in a big club like Chelsea and I can't wait to meet all the players and the trainers," Havertz said in a statement. Havertz, who had two years left on his Leverkusen contract, scored 46 goals with 31 assists in 150 games for the club. ($1 = 0.7526 pounds) (Production: Tim Hart)