Conor McGregor’s long-awaited return to the Octagon against Donald “Cowboy” Cerrone at UFC 246 on Jan. 18 at the MGM Grand in Las Vegas kicks off what appears to be a truly awe-inspiring early-2020 schedule for the world’s largest MMA promotion. But will all the other big PPV fights already on the docket, and more sure to be announced over the coming weeks, perhaps some are wondering whether McGregor’s first fight back since losing to Khabib Nurmagomedov at UFC 229 in October 2018 is worth the five dollars more it will cost to purchase a UFC PPV exclusively on ESPN+ this year compared to last. Here’s why UFC 246 is worth what basically amounts to the cost of an extra cup of coffee that week.  Read More

Mixed martial arts fans are obviously not happy with the newly-released Conor McGregor Legacy Series t-shirt by the apparel company, Reebok. ‘The Notorious’ from Ireland is set for his MMA return on January 18, where he will headline the UFC 246 pay-per-view event in Las Vegas opposite Donald ‘Cowboy’ Cerrone. On Monday, Reebok released the commemorative McGregor walkout shirt for UFC 246, featuring a cartoon version of the Irishman, which can be purchased for $60. “Get ready for UFC 246 in Las Vegas by grabbing this Authentic UFC Conor McGregor Legacy Series Walkout Jersey designed in collaboration by McGregor and Reebok.” Unfortunately, the walkout jersey has drew flak from MMA fans online for its lack of creativity. Check out some of the craziest reactions to Reebok’s Conor McGregor Legacy Series shirt below: Wait. Read More 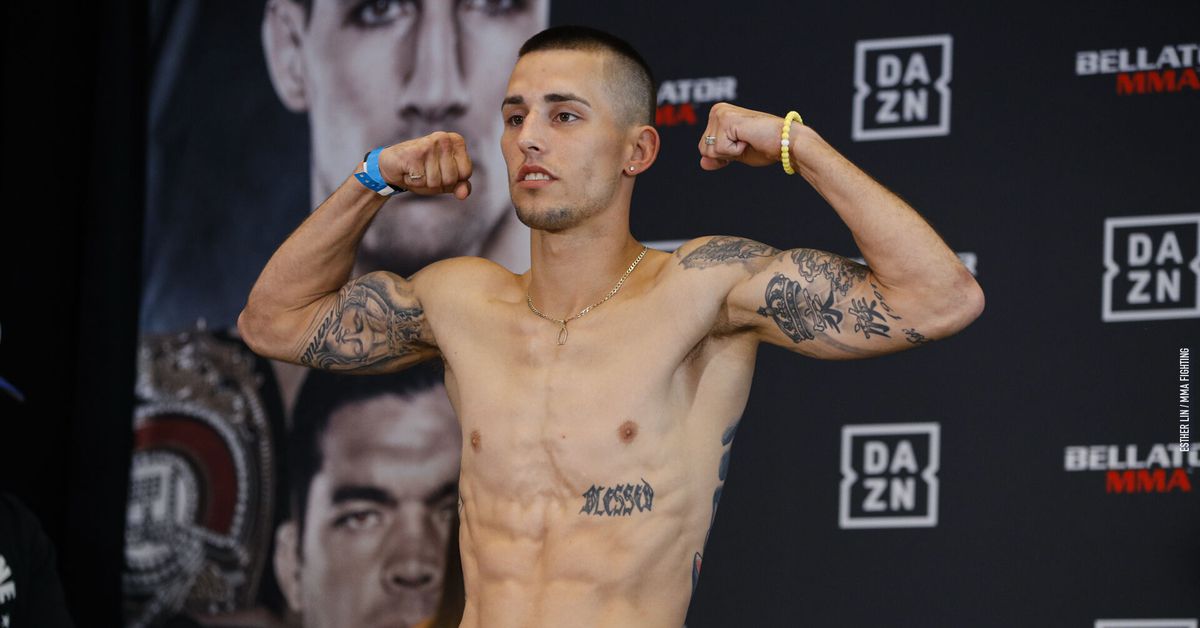 Frans Mlambo will look to avenge SBG teammate James Gallagher ’s loss to Ricky Bandejas when the former amateur world champion meets the American at Bellator Dublin at the 3 Arena on Feb. 22. Bellator confirmed the preliminary bantamweight clash to MMA Fighting on Thursday. The former CFFC champion got off to an emphatic start with Bellator when he handed Gallagher his first professional loss when he stopped the Irishman in the first round of their clash at Bellator 204 . Despite the spectacular start, Bendejas then suffered two straight defeats when he bumped into surging contenders Juan Archuleta and Patchy Mix. Bandejas regained parity to his Bellator record (2-2-0) when he stopped Ahmet Kayretli in the first round of their recent bout at Bellator 225 . Read More

Frankie Edgar: ‘No regrets’ taking fight with ‘Korean Zombie,’ still plans move to bantamweight Posted on by January 8, 2020 Esther Lin, MMA Fighting When Frankie Edgar saw a chance to face “The Korean Zombie” Chan Sung Jung on short notice, he jumped at the opportunity. An injury had prevented Edgar from fighting Jung for a previously scheduled clash in 2018, and he hoped to right that wrong in the first-ever UFC event in Busan, South Korea. Instead, the former lightweight champion suffered a first-round TKO and returned to his home in New Jersey with a broken orbital bone. As much as it stings to lose any fight, regardless of timing, Edgar refuses to get down because the result didn’t go his way. “It was something I did,” Edgar told MMA Fighting in his first interview since the loss. “You can’t go back and dwell on sh*t you can’t change anyways. Read More

UFC 244 ‘Fight Motion’: Get another close look at the cut that sealed the ‘BMF’ belt In New York, he took on Nate Diaz , the man who handed Conor McGregor the first loss of his UFC career and in the process became a bona fide superstar in his own right. The fight between Masvidal and Diaz might not have been a fight for a UFC title, but it felt bigger than a regular non-title main event, and Diaz’s suggestion that he fights for the “Baddest Mother(expletive) in the game belt” eventually transformed from a cool sound byte to MMA reality when a $50,000 one-off “BMF” belt was commissioned especially for the occasion. The fight itself lived up to all expectations when the two met in the center of the octagon and threw down. Masvidal was on top, but Diaz, thanks to his bulletproof cardio, often comes on strong in the later rounds and the anticipation and excitement levels were through the roof as the bout prepared to go into the championship rounds. Then a cageside physician intervened and ruled that a deep cut above Diaz’s eye was too serious to allow him to continue. The fight was waved off and Masvidal claimed the TKO victory – and the “BMF” title as Dwayne “The Rock” Johnson wrapped the belt around the Miami man’s waist. Read More

January 8, 2020 Conor McGregor vs Ivan Buchinger | Pic: Screenshoot/YouTube Conor McGregor steps inside the Octagon for the first time in more than a year next Sunday, January 19 AEDT. “The Notorious” faces Donald “Cowboy” Cerrone in a five-round welterweight bout, which headlines UFC 246 fight card live on pay-per-view from T-Mobile Arena in Las Vegas, NV. McGregor is one of the biggest stars made in mixed martial arts. He is known as the first fighter in UFC history to hold title in two weight classes simultaneously (featherweight and lightweight). Yet, prior joining the elite ranks of Ultimate Fighting Championship, McGregor held titles in two different weight classes of another MMA organization, Cage Warriors. On Wednesday UFC President Dana White shared a video (via Twitter ) of what appears to be the last fight of Conor McGregor before he signed with his promotion. Read More