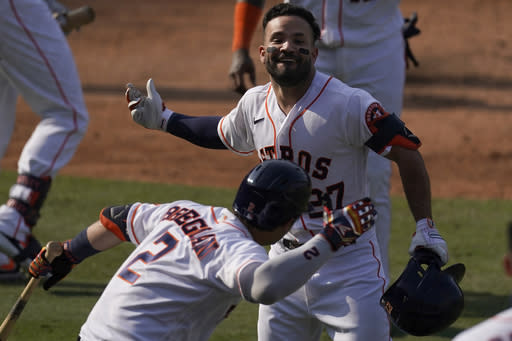 Three years after a sign-stealing scheme propelled the Astros to their first championship, Houston's star-studded lineup did little during the regular season to quiet criticism it could only hit when cheating. Carlos Correa hit a go-ahead, three-run homer after Michael Brantley's two-run shot in the fourth inning, helping the Astros beat the Oakland Athletics 11-6 on Thursday to end their home-run heavy AL Division Series in four games. ''We didn't show this too much during the season, but this lineup can do this every night,'' left fielder Kyle Tucker said.

Did you miss our previous article…
https://sportsgooru.com/mlb/mookie-betts-and-corey-seager-gambled-on-a-double-steal-it-paid-off-for-dodgers/