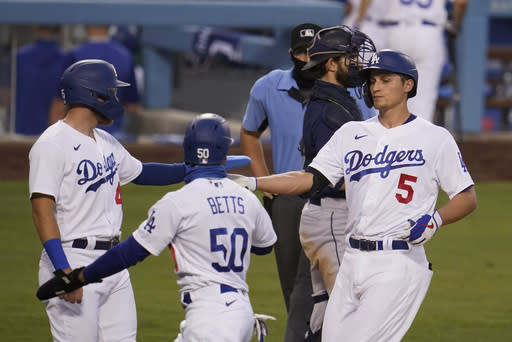 Corey and Kyle Seager's parents were unable to be at Dodger Stadium for their first major league matchup against each other. The Seagers became the first siblings in 19 years to homer as opponents in the same game, and Corey's Los Angeles Dodgers rallied for an 11-9 victory over older brother Kyle and the skidding Seattle Mariners. ''Corey matching his brother blow for blow and seeing the game within the game was fun,'' Dodgers manager Dave Roberts said.