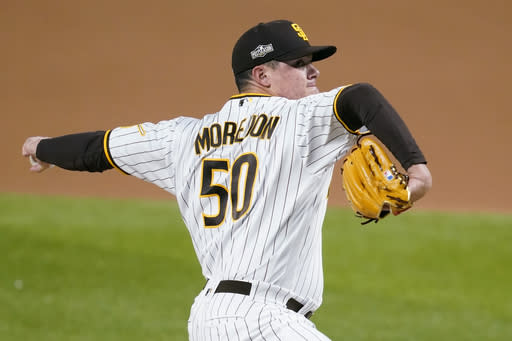 Fernando Tatis Jr. bent backward from his knees and stared skyward after his wild throw became San Diego's playoff-high fifth error and gave the Los Angeles Dodgers the tying run. The 21-year-old budding superstar and the rest of the Padres will have to wait at least another year for the club's first trip past the NL Division Series since 1998. Tatis' throwing error from his knees behind second base after a diving stop on an infield single by Corey Seager came early in a five-run third inning that propelled the Dodgers to a 12-3 victory Thursday night and a sweep of the neutral-site best-of-five NLDS.