UNCASVILLE, Conn. – Before Friday, it had been three years since Bellator light heavyweight champion Ryan Bader competed at 205 pounds. When he stepped into the cage against Vadim Nemkov, the champion faced a rude welcoming.

Nemkov (13-2 MMA, 5-0 BMMA) knocked out Bader (27-6 MMA, 5-1 BMMA) in an elongated mauling, which Bader survive multiple onslaughts in the second round. Nemkov finally was able to put him out, finishing the fight with strikes at 3:02 of Round 2.

The first round was competitive, with Nemkov finding success on the feet. Bader was able to drag the fight to the mat, but only momentarily. Bader landed one hard punch late in Round 1, which connected flush on the Russian.

In Round 2, Nemkov took over. After aggressive, high-paced stalking, Nemkov landed a high kick that floored Bader, who covered up. Nemkov pounced, and Bader survived, despite eating dozens of hard shots. Somehow, someway, Bader got up to his feet.

However, Nemkov didn’t let Bader off the hook and connected with a series of follow-up shots that floored the American. Referee Kerry Hatley saw enough and stepped in.

With the victory, Nemkov becomes the first fighter to beat Ryan Bader in over four years. The victory extends Nemkov’s winning streak to seven straight. He’s finished 12 of his 13 victories inside the distance.

Bellator 244 marked the first loss for Ryan Bader since his UFC tenure, when he was defeated by Anthony Johnson in January 2016. Bader still holds the Bellator heavyweight title. 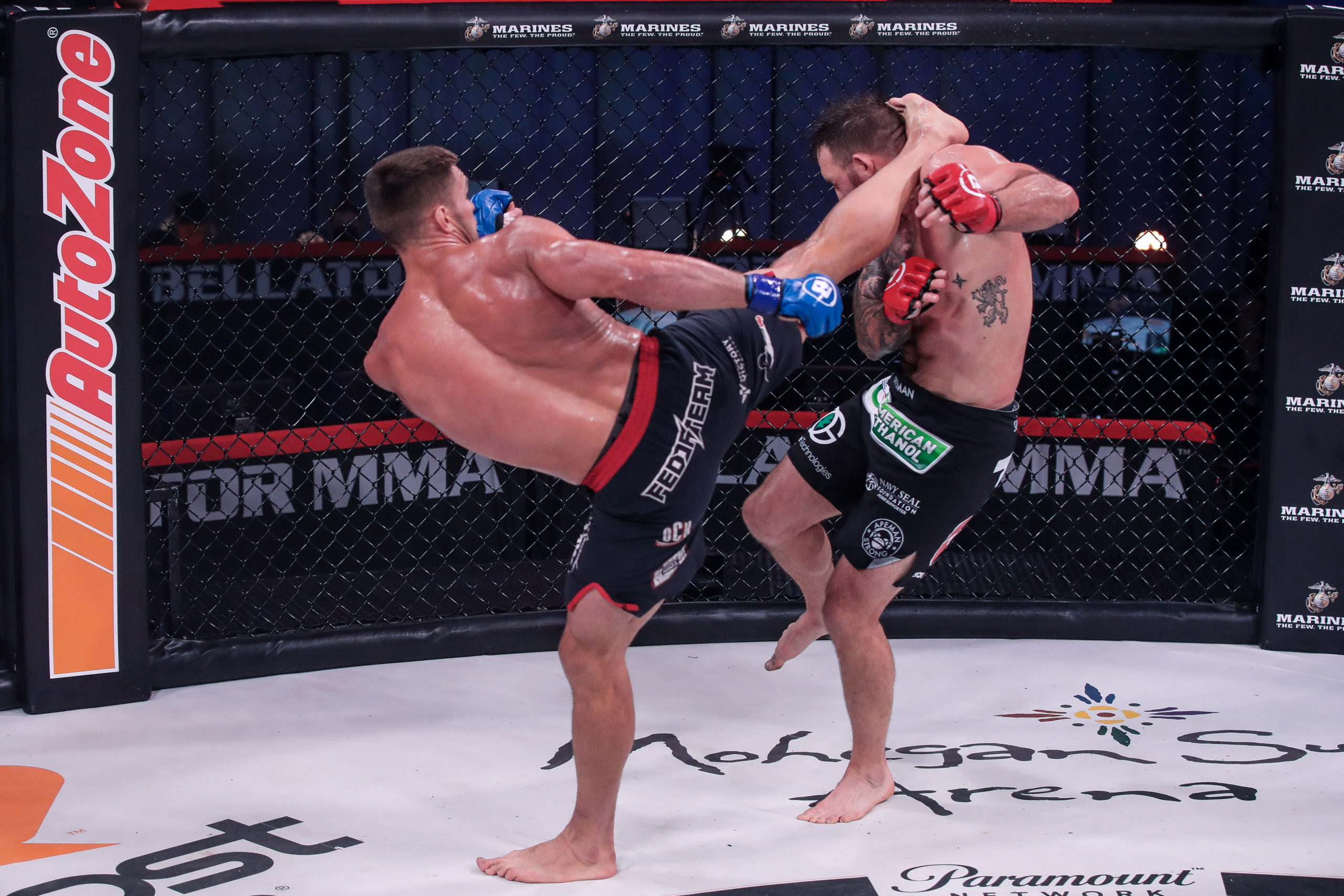