Carlos Condit wants to run it back with Nick Diaz — even though he won their first fight.

“The Natural Born Killer” feels there’s unsettled business with the Stockton, Calif. native. Condit (30-13 MMA, 7-9 UFC) won the UFC interim welterweight title eight years ago when he outpointed Diaz in a unanimous decision in the headlining act of UFC 143, which went down in Las Vegas on February 2012.

But despite walking out of the cage with gold and cemented as the next title challenger for then champion Georges St-Pierre, there was a decent amount of controversy in the decision. So much that a movement was born in the MMA fan base – “Diaz 1, 2, 5.”

Many fans thought Diaz had done enough to steal rounds one, two and five, and they made sure Condit and the world knew how they felt about the decision.

Diaz hasn’t fought since 2015, but his team said the former Strikeforce champion is eyeing an early-2021 return.

UFC on ESPN 16: Make your predictions for Holly Holm vs. Irene Aldana

Condit make a return to the Octagon this weekend at UFC on ESPN 16, as he takes on fellow veteran Court McGee in a welterweight contest. The former WEC welterweight titleholder is looking to snap a five-fight losing streak that began with this razor thin decision loss in a championship fight with Robbie Lawler.

Condit feels good about his return, as he hasn’t stepped in the cage since December of 2018. The 36-year-old is in no way looking past McGee, but says the Diaz rematch is a fight he’s like to have at some point.

For now, Condit remains focused on the task at hand and he’s glad to be back in the fight game.

“I’m enjoying being out here on fight week again,” Condit said. “The familiarity of the ritual of preparation, the weight cut, and all that. I’m just excited. I have a good opponent. This dude is game, he’s a hard-nose, salty veteran who comes to fight. I think we’re going to put on a hell of a show. I know he doesn’t take a step back and he comes to throw down. I’m super excited about that.” 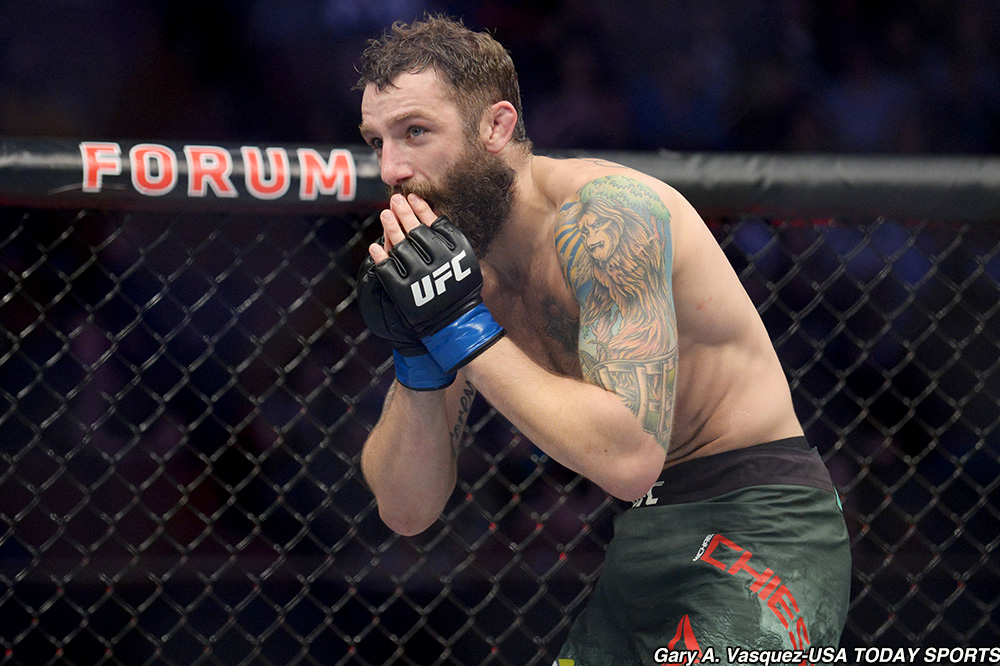