Training partners weren’t the only thing Daniel Cormier battled in the lead up to UFC 252.

The former UFC heavyweight and light heavyweight champion revealed in an interview with Yahoo! Sports on Tuesday that he tested positive for COVID-19 during training camp for his trilogy bout against Stipe Miocic, which took place Aug. 15. Cormier (22-3 MMA, 11-3 UFC), who lost to Miocic by unanimous decision, discovered he came down with coronavirus in mid-July.

One of Cormier’s teammates at Americak Kickboxing Academy tested positive for the virus at the beginning of the month. Cormier and others immediately took tests to make sure they had not been infected; they all came back negative. On July 8, however, Cormier began to feel symptoms and the following week tested positive for COVID-19.

“This is not an excuse at all,” Cormier said. “Miocic won the fight, and he fought beautifully. This is a thank you almost to Oura for allowing me to get to the fight. I might have just kept pushing and not known I had it. But I was able to take care of myself properly and then get back into training and compete for the heavyweight championship of the world. Without the ring, I don’t think that’s possible.”

Cormier said he noticed something was going on with his health because of an Oura Health ring – a device that provides health stats to athletes. The UFC will announce on Tuesday a partnership with Oura Health. They’ve already provided 65 UFC athletes with the device so far.

Cormier thanks Oura Health for warning him his body was not functioning properly, which prompted him to see a doctor. 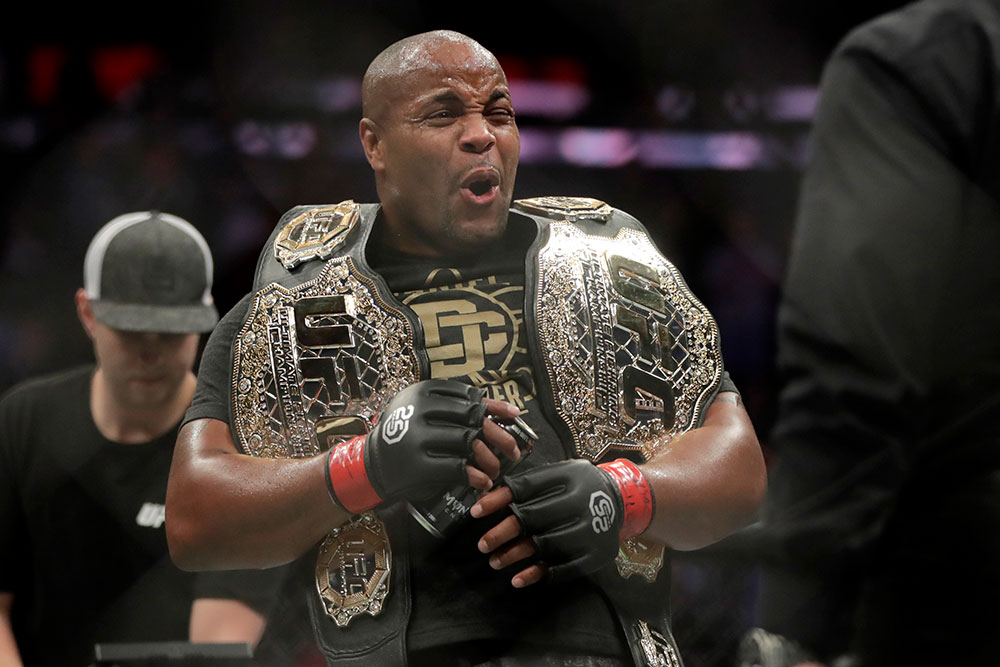