It appears Nick Diaz is closer than ever to making a comeback.

Diaz, 37, hasn’t competed since January 2015, but hinted at a potential return last November, when he expressed interest in avenging his younger brother Nate’s loss to Jorge Masvidal at UFC 244. Though Masvidal’s side was interested, the matchup never came to fruition.

But things now seem to be progressing as Diaz’s manager Kevin Mubenga provided a major update to ESPN, claiming that the former Strikeforce welterweight champion had just completed a 14-week diet that has him weighing between the 165-175 pound range, the first time he cuts weight in almost four years.

… he is keeping a close eye on the big welterweight fights coming up. He is “100%” planning on fighting again, per Mubenga, and is targeting an early 2021 return. (

Mubenga says Diaz is “100 percent” planning on fighting again and has his eyes peeled on the major welterweight fights coming up, ahead of a possible return in early 2021. 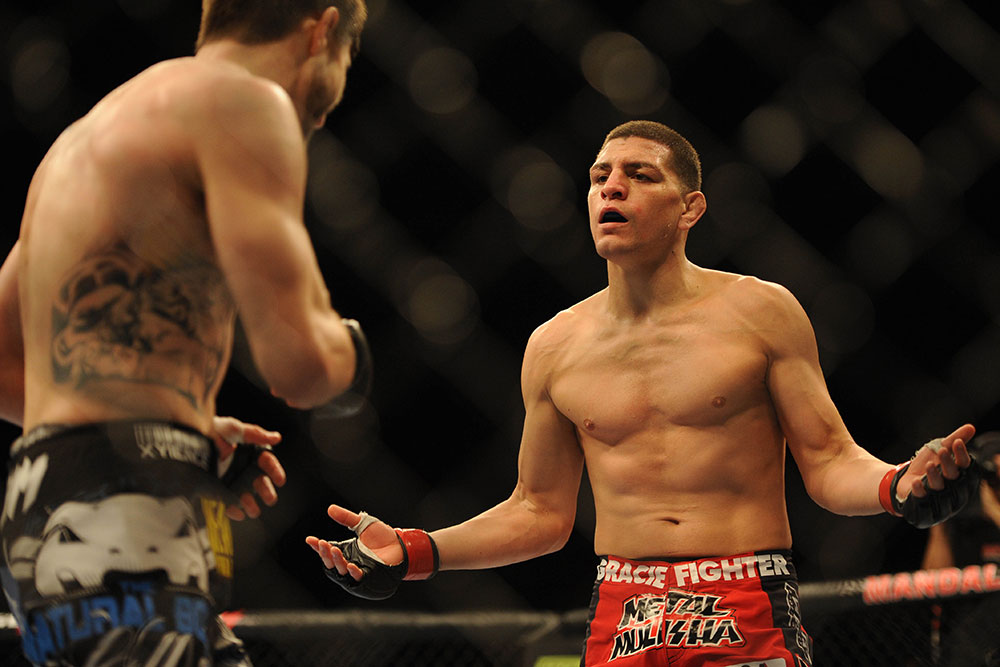 Did you miss our previous article…
https://sportsgooru.com/mma/bellator-244-breakdown-how-much-of-a-threat-is-vadim-nemkov-to-ryan-bader/