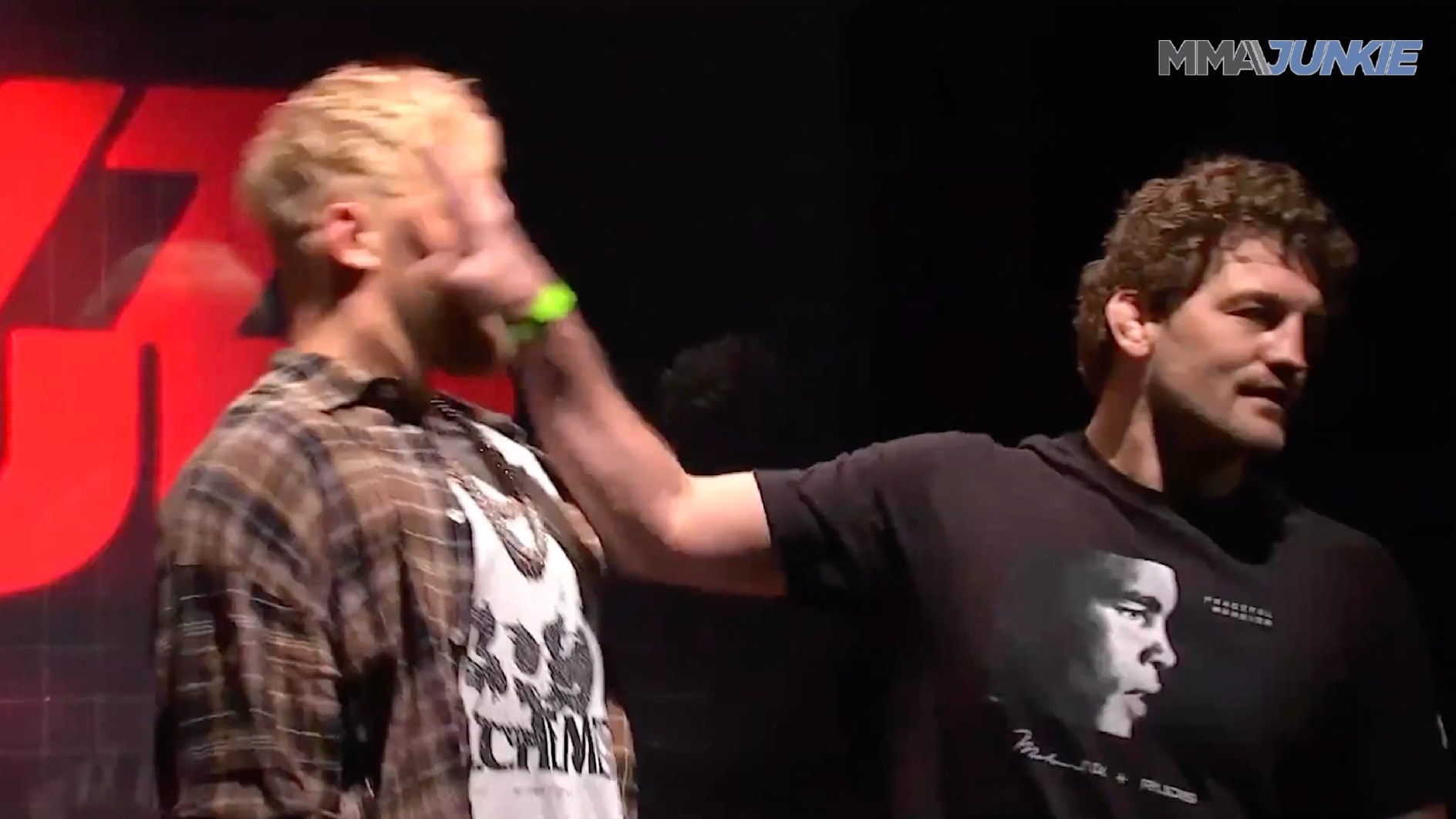 LAS VEGAS – Jake Paul and Ben Askren had their first faceoff ahead of their boxing match on Friday, and they were unable to keep hands off each other.

Following a press conference where many words were exchanged between the two sides, Paul and Askren came face to face for a staredown. After some jawing at each other, Askren turned to walk away and put his hand across Paul’s face. That caused Paul to respond, shoving Askren from behind as the former Bellator and ONE Championship titleholder briefly stumbled forward.

The altercation stopped there, and both men went on their way.

The first faceoff between @JakePaul and @BenAskren got physical.

The Paul vs. Askren boxing match headlines the Triller Fight Club event on April 17. The card takes place at Mercedes Benz Stadium in Atlanta and airs on pay-per-view.

Watch the video of the faceoff above.