Over the weekend, LeBron James made history by reaching his 10th NBA Finals as a player, tied for the third-most ever with Kareem Abdul-Jabbar and trailing just Bill Russell (12) and Sam Jones (11).

LeBron has now made it to the NBA Finals more than 27 NBA teams, which is insane to even consider.

The only teams who have made it to the Finals more than LeBron are the Los Angeles Lakers (32), Boston Celtics (21) and Golden State Warriors (11). 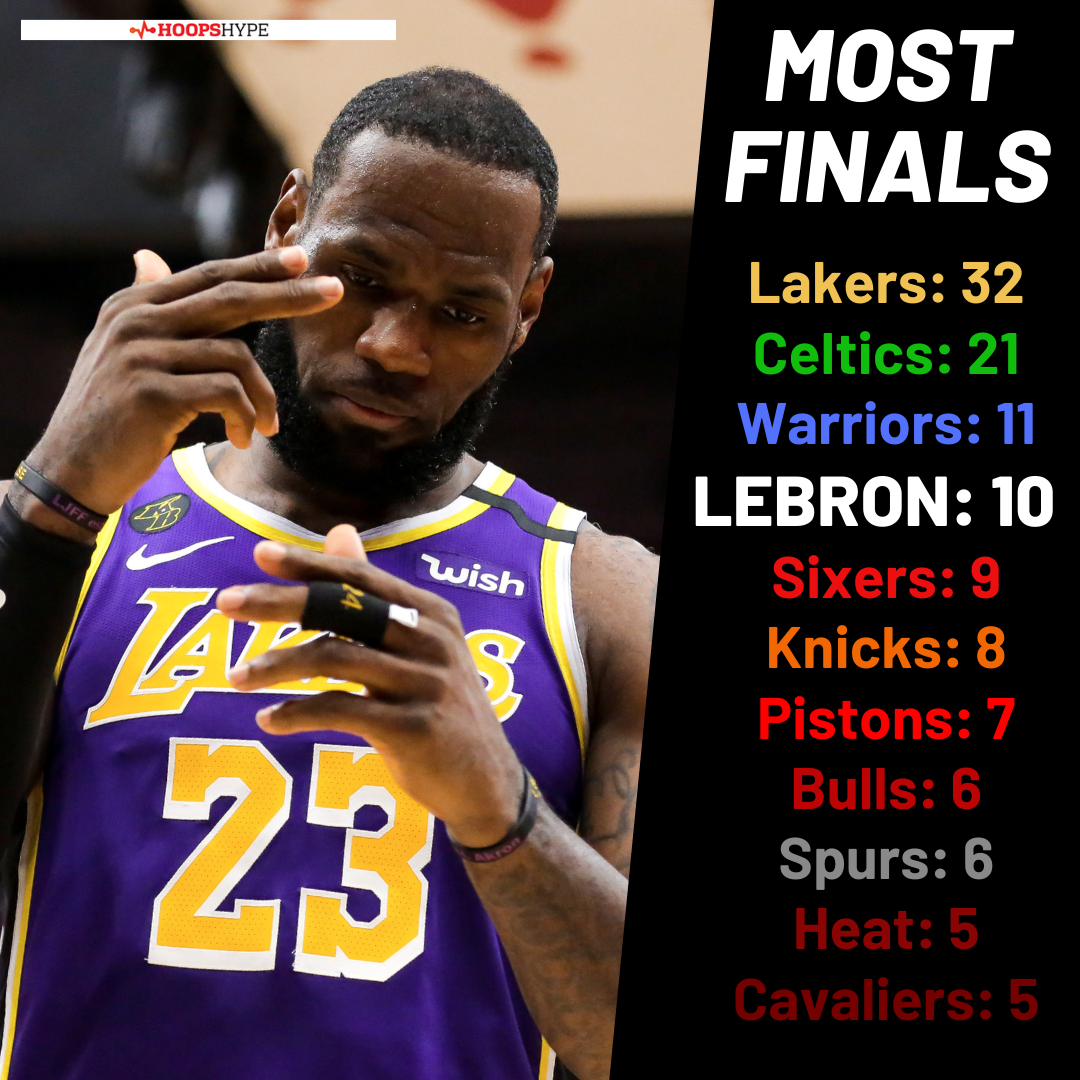 Besides that, James has been to the Finals more than every other team in the league.

And it’s not like he’s being carried to the championship series at this point in his career either, as he was spectacular in the closeout Game 5 against the Denver Nuggets, dropping 38 points, 16 rebounds and 10 assists on 15-of-25 shooting. James became the first Laker since James Worthy to drop at least a 35/15/10 stat line in the playoffs, and he did it at 35 years old.

Father Time will have to wait for James because he’s not slowing down anytime soon. 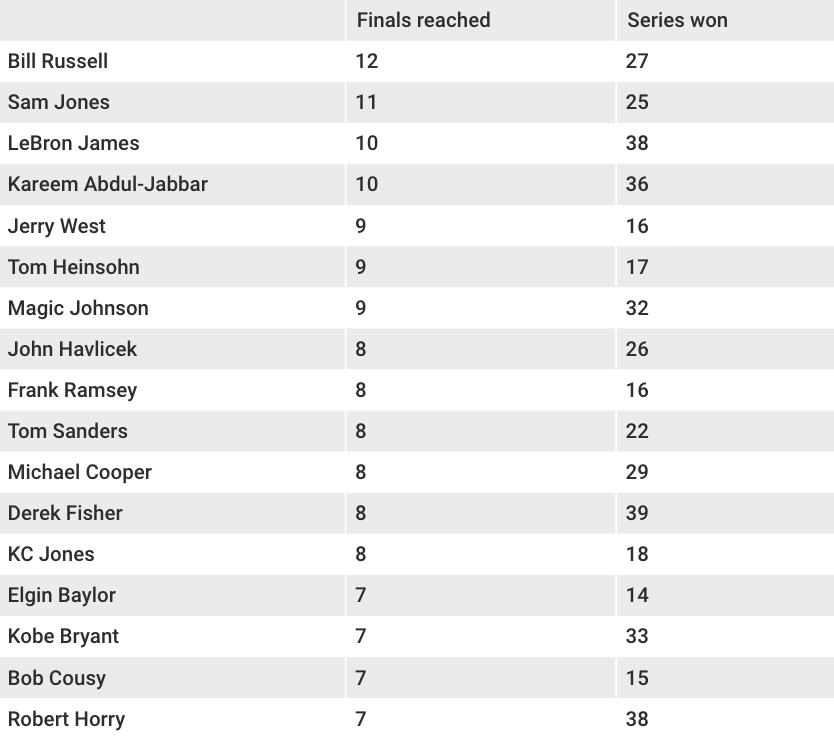 With James at this level and Anthony Davis performing like a Top 3 player league-wide in the postseason, the Lakers are here to stay for at least the next few seasons, so it’ll be interesting to see where James finishes his career in the record books.

Don’t count out the possibility of LeBron at least catching Russell for most Finals appearances in a career, or maybe even passing him, and he’ll be expected to tie Fisher for most playoff series won this postseason, as L.A. should be heavily favored against either the Miami Heat or Boston Celtics.