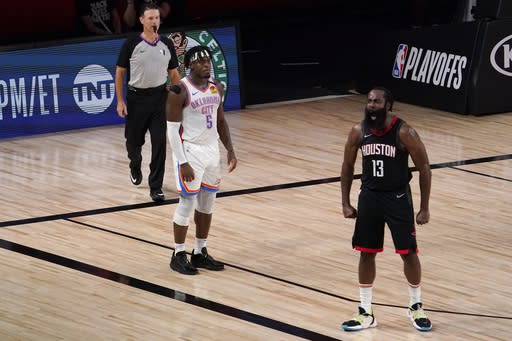 James Harden couldn't get his shot to fall all night, so the scorer turned stopper. In this wild Game 7 that took one strange turn after another in the final seconds, the biggest play came when a guy known almost entirely for his offense turned up the defense. Harden made up for a miserable shooting night with a big blocked shot, Russell Westbrook scored 20 points against his former team and the Houston Rockets edged the Oklahoma City Thunder 104-102 on Wednesday night to win the first-round series.