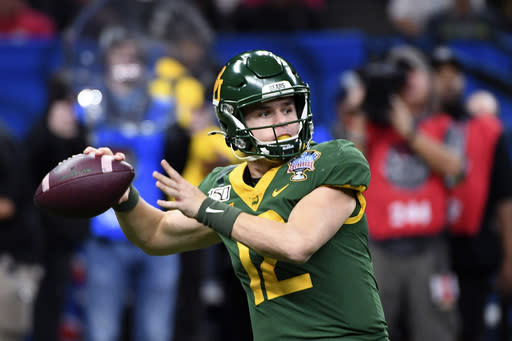 Baylor became the third Big 12 team forced to postpone its scheduled season opener this weekend after Louisiana Tech reported multiple positive COVID-19 tests Tuesday, less than two weeks after a hurricane affected its campus. Louisiana Tech athletic director Tommy McClelland said Tuesday night that it wasn't possible for the Bulldogs to play Saturday at Baylor because of the positive tests and contact tracing that would keep other players out the game. The school didn't provide any specific numbers, but said there was a spike in cases in the aftermath of Hurricane Laura on Aug. 27 that impacted the campus in Ruston, Louisiana, which is more than 200 miles inland.