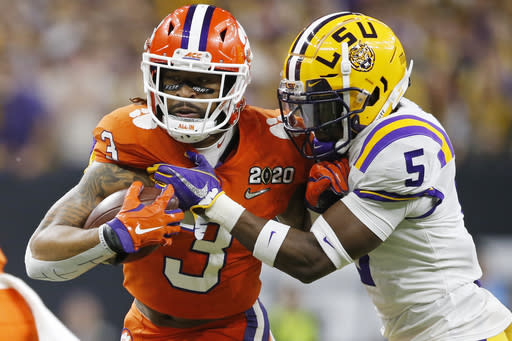 LSU knew all along it would have to try to defend its national title without Heisman Trophy-winning quarterback Joe Burrow and four other first-round draft picks. All-America wide receiver Ja'Marr Chase, cornerback Kary Vincent Jr. and defensive end Neil Farrell Jr. have announced they won't be playing this season. ''The competitor in me badly wants to play the season and go to war with my brothers, but during this time with so much going on, this is what's best for my family,'' Chase said Monday in a Twitter post announcing his decision.