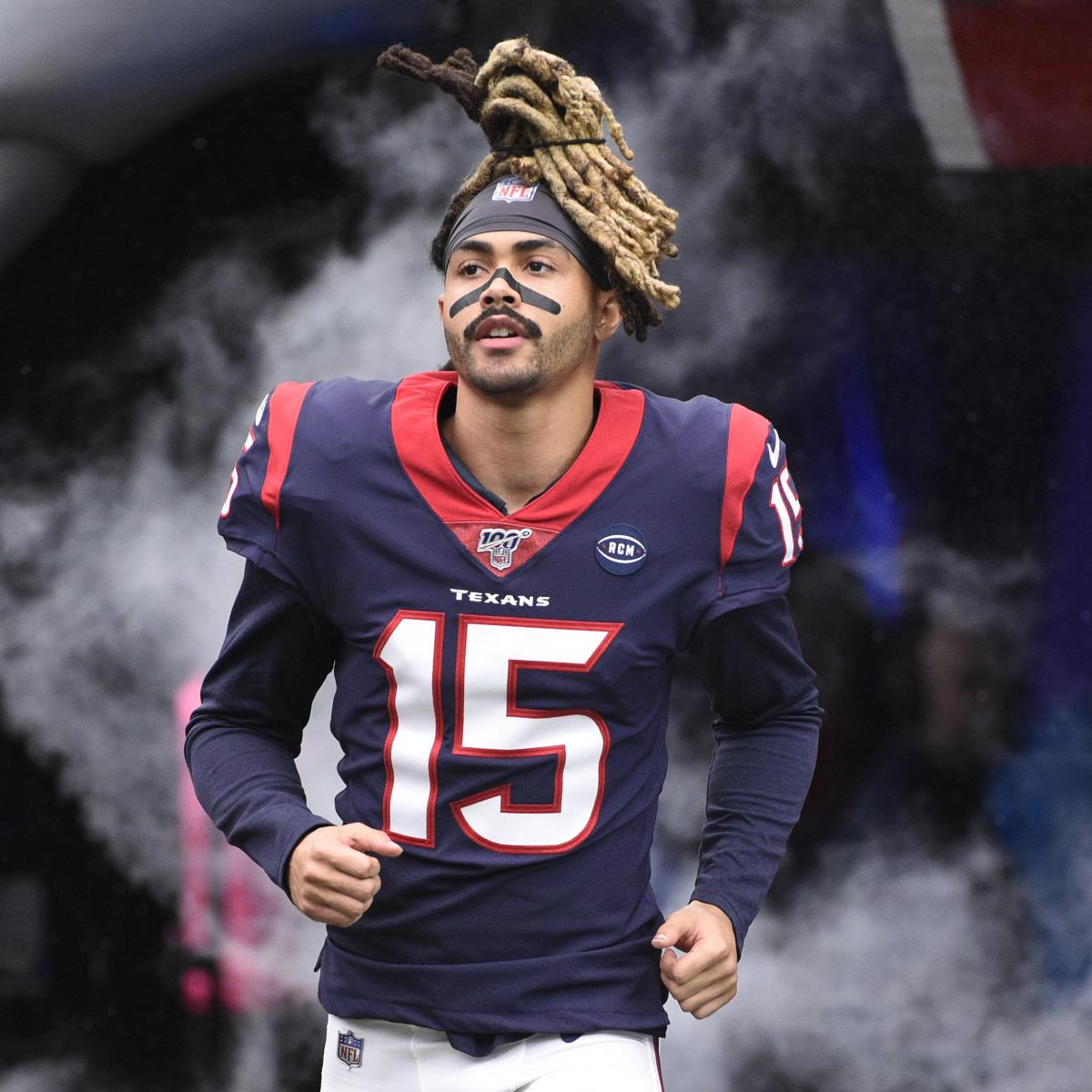 As we inch slowly toward the start of the 2020 NFL season, fantasy football enthusiasts are busy preparing for fantasy-draft season. This involves targeting the usual suspects at the top of fantasy drafts—the Christian McCaffreys and Ezekiel Elliotts of the football world—searching for sleepers and deciding on the best team names to represent their virtual squads.

Here, managers will find a quick-reference guide to help with each of these aspects of fantasy drafting, along with some potential league names for those starting out from scratch.

We’ll kick things off with a look at the top 50 players for points-per-reception (PPR) scoring formats.

When a team has a future Hall of Famer at quarterback, it will typically yield more than one viable fantasy option at the wide receiver position. Green Bay Packers quarterback Aaron Rodgers, however, only has Davante Adams as a reliable and proven option.

However, fellow receiver Allen Lazard could potentially emerge as another reliable target and a relevant factor in fantasy. A lot will depend on his training-camp battle for the No. 2 wideout position—which will also include Marquez Valdes-Scantling and Jake Kumerow among others.

Lazard finished second to Adams among Green Bay receivers with 477 yards last season, while Valdes-Scantling was second in starts with 10. Free-agent acquisition Devin Funchess was expected to be part of this competition, but he decided to opt out for 2020.

Following Packers camp will be the key to identifying the legitimate sleeper out of this group, though Lazard’s rise late in 2019 should give him the inside track. With an average draft position (ADP) of just 184—according to FantasyPros—Lazard could be a tremendous late-round steal.

With DeAndre Hopkins now in Arizona, the Houston Texans are going to have to identify a new No. 1 receiver. Their options include offseason additions Branin Cooks and Randall Cobb. However, returning wideout Will Fuller shouldn’t be counted out.

Fuller is the only one of these three who has established chemistry with quarterback Deshaun Watson. In 11 games last season, Fuller racked up 670 yards and three touchdowns.

Now, availability could be an issue with Fuller, as he has not yet completed a full 16-game campaign. However, he is entering the season healthy and ready to roll.

“He looks as good as he’s ever looked and that makes us happy,” head coach Bill O’Brien said, per Austin Nivison of 247Sports

Prorated over an entire season, Fuller’s 2019 numbers would equal 71 receptions, 974 yards and four touchdowns. That’s as Houston’s No. 2 receiver, so he could easily top 1,000 yards if given the chance to be the No. 1 option.

With an ADP of 90, per FantasyPros, Fuller isn’t likely to be a complete steal like Lazard could be, but he could still be a top-tier sleeper.

Kansas City Chiefs running back Clyde Edwards-Helaire is the only rookie back worth targeting extremely early in drafts, as he likely now has a clear path to the starting gig—Damien Williams opted out.

However, Los Angeles Rams rookie runner Cam Akers has solid sleeper value if he can beat out Malcolm Brown and Darrell Henderson for the starting job. Akers at least showed in college that he can handle a heavy workload.

With an ADP of 68, according to FantasyPros, Akers is a potential sleeper who will have to be targeted in the middle rounds but who can still provide immense value there.

Other top sleepers to watch include: