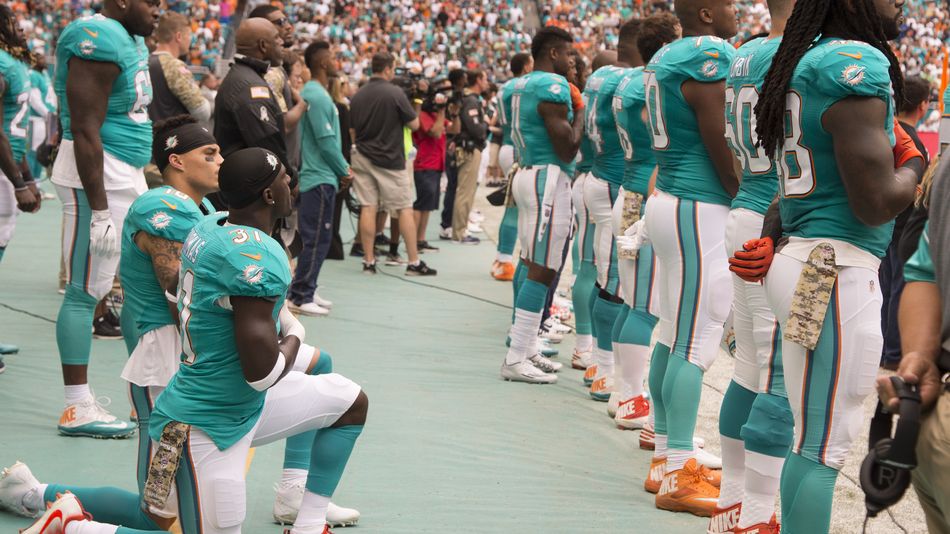 The NFL’s unhelpful attempt at standing for social justice is getting dragged by Twitter.

NFL Commissioner Roger Goodell told NBC Sports that the league will paint “End racism” and “It takes all of us” in each stadium’s end zones for the upcoming season.

“The NFL stands with the Black community, the players, clubs, and fans confronting systemic racism,” Goodell told NBC Sports. “We will not relent in our work.”

The move is especially ironic, as the NFL iced out San Francisco 49ers player Colin Kaepernick for kneeling during the national anthem in protest of police brutality and racism in 2016. Kaepernick hasn’t played since his contract with the 49ers ended in 2017, and hasn’t been picked up by other teams in the league since. Kaepernick’s protest inspired a nationwide movement of sitting out or kneeling during the anthem in support of the fight against systemic injustice. While the protest has been gaining popularity since Kaepernick first knelt four years ago, especially in wake of the global rallies for the Black Lives Matter movement, kneeling during the anthem has been condemned by conservatives like Donald Trump.  Read more…