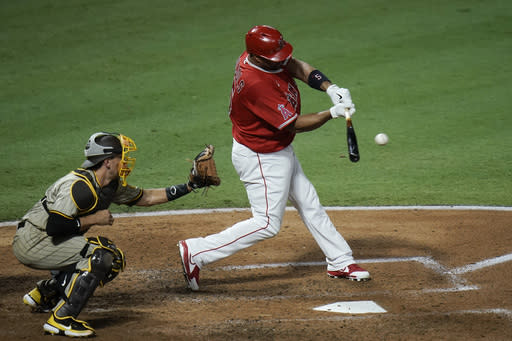 Jason Castro had never been traded before, so the 33-year-old catcher was surprised when he got called back from the Los Angeles Angels' bullpen last weekend with news of his impending move to San Diego. In an even stranger development, Castro was back at the Big A just a few days later to face the Angels in brown. Castro hit a tiebreaking two-run double and the Padres rallied for eight runs in the eighth inning of an 11-4 victory over the Angels on Wednesday night.

Did you miss our previous article…
https://sportsgooru.com/mlb/betts-hits-tying-hr-in-9th-dodgers-beat-diamondbacks-in-10/