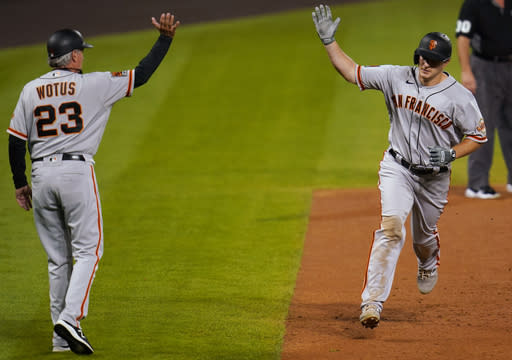 Alex Dickerson hit three home runs and matched a career high with six RBIs, highlighting one of the biggest offensive shows ever at Coors Field as the San Francisco Giants beat the Colorado Rockies 23-5 on Tuesday night. ''That's by far the best game I've ever had in my life,'' said Dickerson, who just missed hitting a fourth home run in his final at bat in the ninth, settling for a 414-foot double that reached the warning track in center, the deepest part of the field. ''I don't think I've seen that many barreled balls from one guy in one game before,'' said Brandon Crawford, who also homered among his three hits and had six RBIs.