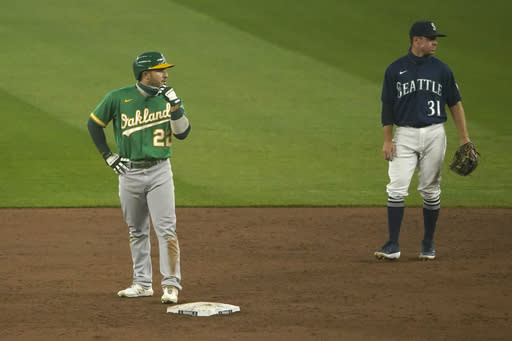 After two games and several hours with a haze of smoke hovering above, the Oakland Athletics were ready for their one-day diversion to Seattle to be over. Mike Minor tossed a two-hitter with eight strikeouts, Jake Lamb doubled and homered in his first game after signing with Oakland, and the Athletics beat the Seattle Mariners 9-0 in the nightcap of their doubleheader on Monday. Seattle won the opener 6-5, rallying from a 5-0 deficit and scoring twice in the sixth inning with two outs to earn a split and stay on the heels of the Houston in the AL West.