To say Ben Askren isn’t happy with Bellator president Scott Coker might be an understatement.

On Tuesday night, Coker offered up his assessment of how a rumored boxing match would play out between Askren and YouTube star Jake Paul.

“I already know who’s gonna win that one,” Coker told MMA Junkie. “Ben’s a wrestler. Let’s put it that way, right? So I think he gets knocked out in a boxing fight. But in an MMA fight, it’s a different story.”

By Wednesday, Askren caught wind of Coker’s prediction and fired back on Twitter.

“Hey, (Scott Coker), remember when your (welterweight) champ won a round against me? Oh yeah he didn’t,” Askren wrote, referencing a 2012 unanimous decision win over Douglas Lima. “How have you not got fired yet? You’re running Bellator into the ground.”

Hey @ScottCoker remember when your WW champ won a round against me?? Oh yeah he didn’t. How have you not got fired yet, you’re running Bellator into the ground. https://t.co/4mzbx0uDmj

Coker’s remarks bothering Askren should come as no surprise. Askren, a former Bellator champion who fought for the promotion prior to Coker’s arrival in 2014, is very confident that he would “beat up” Paul rather easily in a boxing match.

In a social media video Tuesday night, Askren told Paul “I do accept” the challenge of a fight on March 28 in Los Angeles, which was first put out on social media by Chael Sonnen. Askren also had a lot to say about the matchup.

“It’s a pretty simple choice. I’m gonna make a whole bunch of money to beat up a guy who is pretending to be an athlete,” Askren said. “Because at the end of the day, that’s what you’re doing. And I know you may think that I do not have too many stand-up skills, but also at the end of the day, I don’t really need to. I’m a world-class athlete, I’ve won NCAA titles, I’ve been to the Olympics, I’ve won belts in multiple mixed martial arts organizations, and quite frankly I am impressed that you’ve deluded yourself into thinking you are actually a fighter – that you are really tough, that you can really box. It’s quite impressive.”

Paul, in his second professional boxing match, knocked out former NBA star Nate Robinson last month in the co-main event of the Mike Tyson vs. Roy Jones Jr. pay-per-view and immediately turned his attention to UFC star Conor McGregor, as well as his teammate and Bellator fighter Dillon Danis. With those possibilities seeming like long shots, it appears that Askren would suffice.

Askren, 36, retired from MMA shortly after an October 2019 loss to Demian Maia. Askren, also a ONE Championship titleholder, was 18-0 before joining the UFC, where he went 1-2 with his lone victory coming in controversial fashion against Robbie Lawler in his debut. After that, Askren was knocked out in five second by Jorge Masvidal’s flying knee before his final loss to Maia. 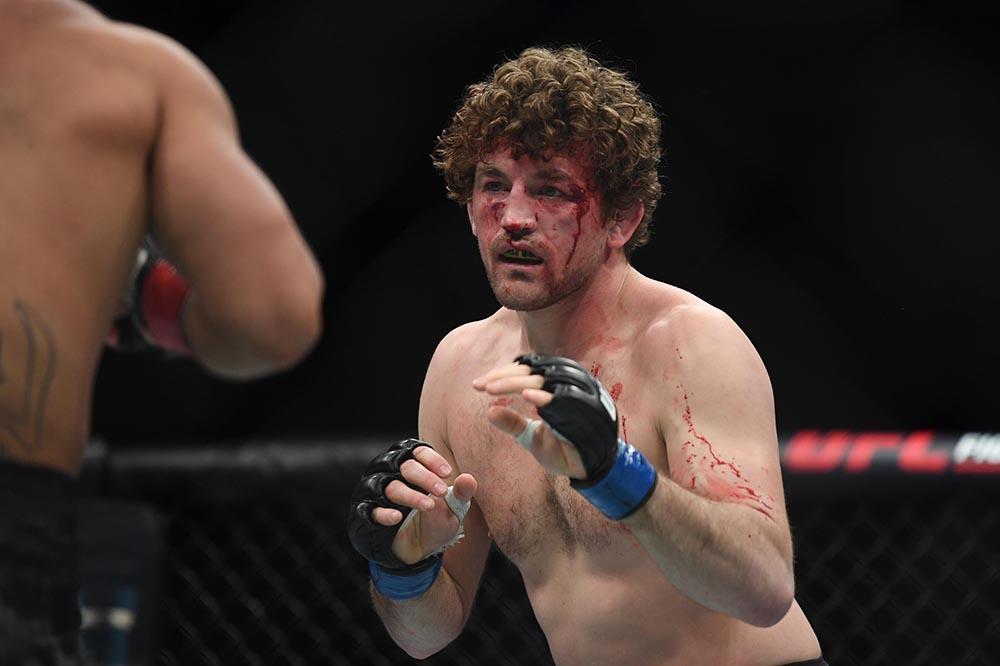