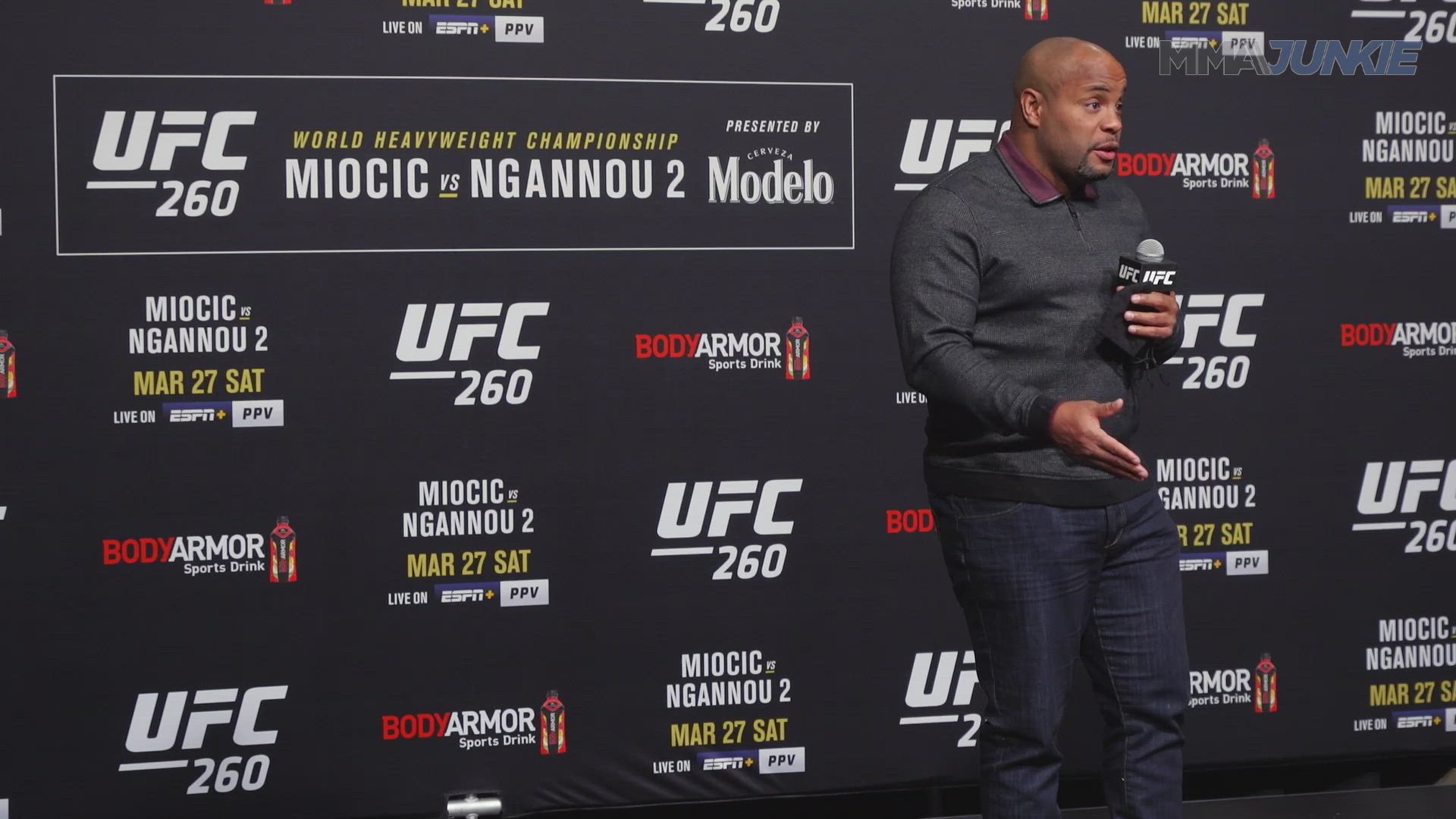 Daniel Cormier feels Francis Ngannou needs to end the show early if he wants to get ahold of UFC gold.

Cormier, who commentates the pay-per-view event at the UFC Apex in Las Vegas alongside Jon Anik and Joe Rogan, feels it’s clear that Ngannou’s opportunity to win the rematch is early in the fight.

“The reality is that fight No. 1 (with Miocic) was the anomaly,” Cormier told reporters, including MMA Junkie, on Friday following the UFC 260 weigh-ins. “The norm is what happens to most people. Let’s see if he can find away to stay within himself.

Ngannou lost a unanimous decision to Miocic at UFC 220 in January 2018. It was his first defeat inside the UFC. They meet a second time under different circumstances, and big one being that they’re fighting in a smaller cage.

“I honestly believe that it plays to Francis early,” Cormier said regarding the smaller octagon. “Again, it’s all bout it’s a tale of two fights, man. It’s minutes where the danger is extremely high. The danger is as daunting as anything you can ever think of. It’s like being locked in a cage with a tiger. How long can you survive? That’s what you do when you fight Francis. How long can Stipe survive to start imposing himself in the fight?

“Early, the small octagon plays to Francis because when he starts to go down hill it’s a terrifying sight. You saw it against Jairzinho (Rozenstruik). It started a bit slow, Francis made up his mind and he was just going to go and when he did the fight was over 5 second later. It’s just not much room to run as a smaller guy.”

But it’s not only the fact that Ngannou might be the most dangerous early in the fight, but also that Miocic might not be the same fighter he used to be the fight time the two fought.

Since the first fight, Miocic lost to Cormier and then came back to beat him twice to seal a grueling trilogy. And on the other hand, Ngannou lost a action-less fight with Derrick Lewis and then four consecutive first-round finishes.

Cormier believes Miocic needs to be very cautious this time around.

“He’s got to be more careful early than he had to be in fight one,” Cormier explained. “In fight one, he was 35 years old, maybe 34. Him and I beat each other up for three fights, so he’s got to be careful. The octagon is small, so if he finds himself trapped against a big guy like Francis early, it could be lights out” 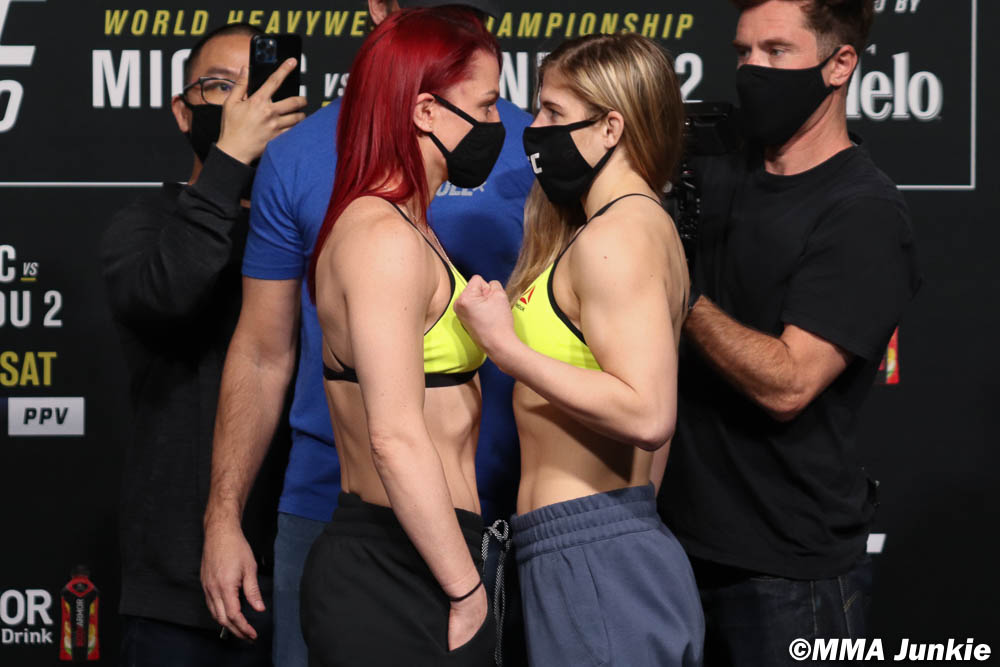