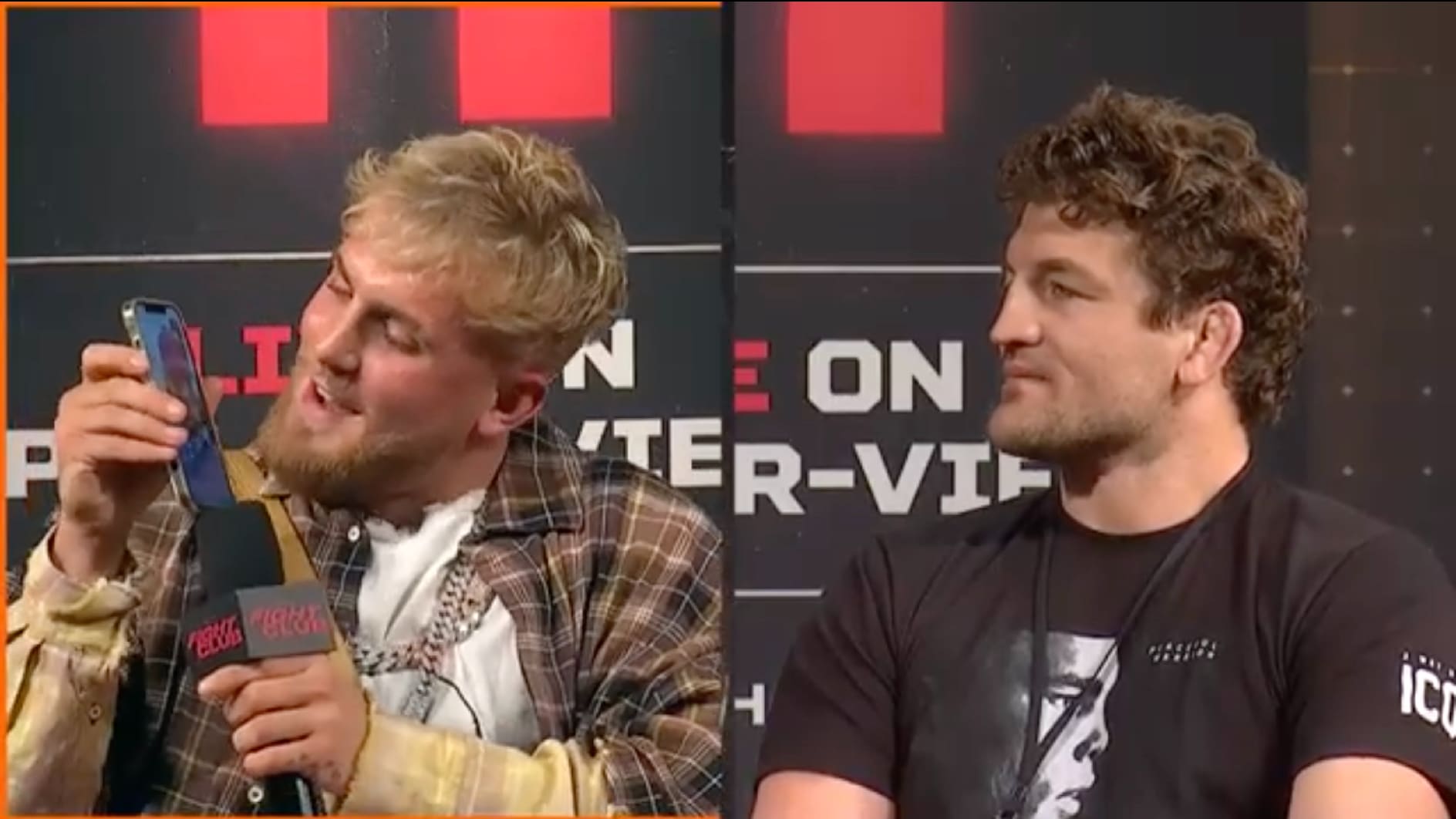 The former Bellator and ONE Championship titleholder had a brief visit from Masvidal during Friday’s pre-fight press conference promoting his boxing bout against YouTube star Jake Paul. Masvidal, who’s trained with Paul in the past, answered FaceTime call in the middle of the press conference, and had a message for Askren.

“Are you still alive?” Masvidal said when put on speaker. “Tell him I like them flip-flops.”

Paul shortly hung up after getting the call and wasted no time to follow up and attempt to roast the retired MMA fighter for being on the receiving end of the fastest knockout in UFC history. Askren was stopped by a flying knee from Masvidal just 5 seconds into their welterweight clash back at UFC 239 in July 2019. 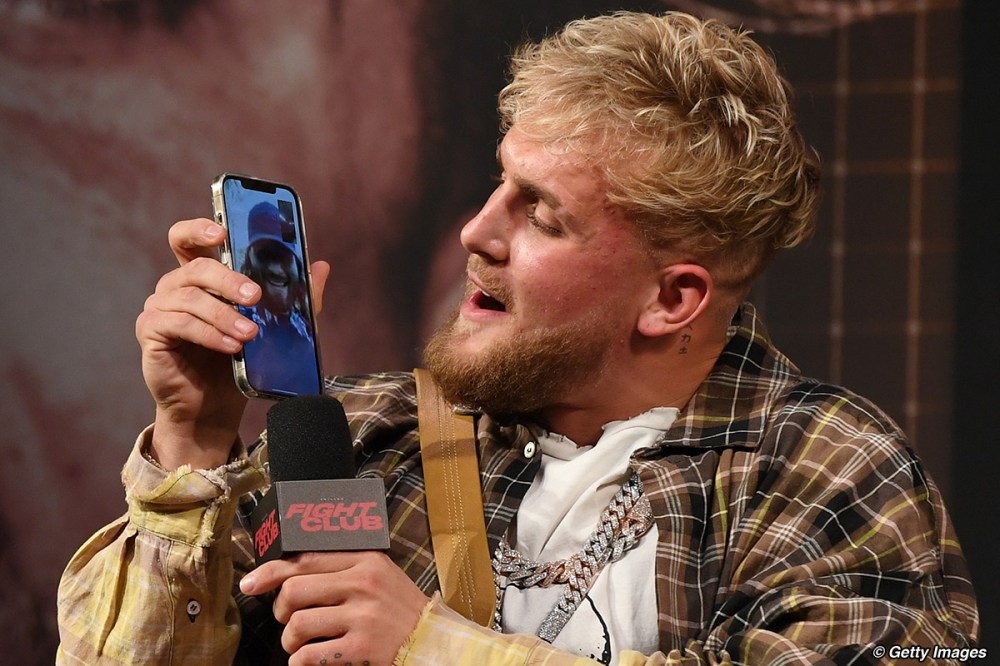 Like a seasoned veteran of the fight game, Askren shrugged it off. And when Paul vowed to do the same Masvidal did against Askren in the April 17 pay-per-view bout at Mercedes Benz Stadium in Atlanta, the two-time NCAA Division I national champion had a simple counter-argument.

The Blue Corner is MMA Junkie’s blog space. We don’t take it overly serious, and neither should you. If you come complaining to us that something you read here is not hard-hitting news, expect to have the previous sentence repeated in ALL CAPS. 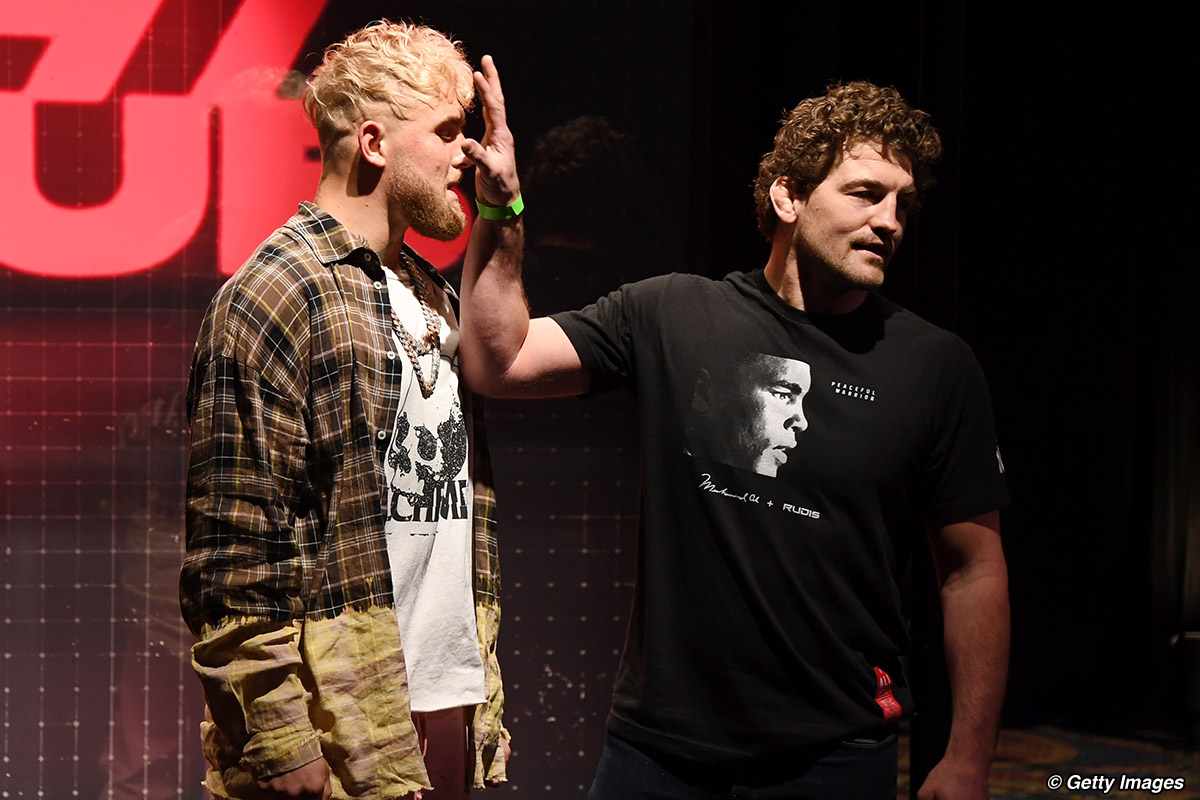