After the Los Angeles Lakers’ Game 5 victory over the Denver Nuggets and the Miami Heat’s Game 6 win over the Boston Celtics, the 2020 NBA Finals are now set: Lakers-Heat for the first time ever, in a series that will be filled with fascinating storylines and elite players going at it.

One of the more underrated storylines coming up involves LeBron James and Andre Iguodala, two players with Finals MVP on their resumes who have a ton of history in the postseason.

As members of the Golden State Warriors and Cleveland Cavaliers, James and Iguodala faced off in the Finals four straight years, from 2015 through 2018, with Golden State coming out on top in three of those showdowns.

Now, as members of the Heat and Lakers, James and Iguodala will face off for a record fifth time in the NBA Finals, making them the duo to face off in the league’s championship series most frequently (five times) out of any in NBA history since the merger in 1976. 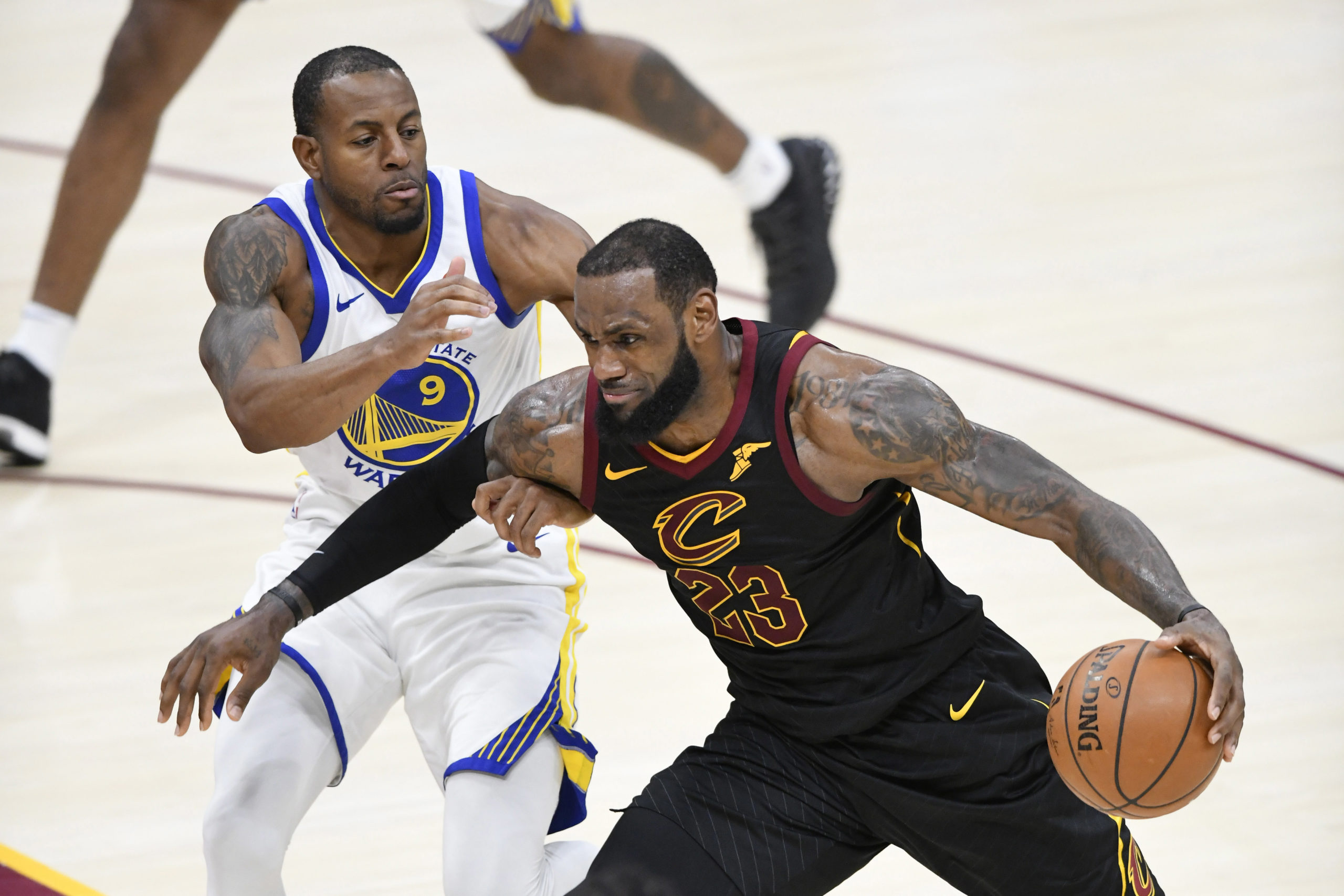 What’s more, if JR Smith gets minutes in the upcoming championship series, he’ll join LeBron and Iguodala in the history books, as that would mean Smith and Iguodala would have also played each other in a record five Finals.

However, considering Smith didn’t see the floor in the last four games of the Western Conference Finals, it’s not a lock he’ll play against Miami.

In second place for that record, LeBron, Smith and Tristan Thompson have faced Stephen Curry, Klay Thompson, Draymond Green and Shaun Livingston four times each in the Finals.

Tied with them are LeBron vs. the San Antonio Spurs and Tim Duncan, Tony Parker and Manu Ginobili as well as James Jones vs. Curry, Thompson, Green, Iguodala and Livingston.

Overall, the record for most Finals matchups between two players actually belongs to Bill Russell and Sam Jones vs Elgin Baylor, who faced off seven times in the late ’50s and throughout the ’60s. Russell came out on top every single time.

There were far fewer teams in the NBA back then, however, and the talent wasn’t anywhere near the level it’s at today, so Iguodala and James’ feat is more impressive.