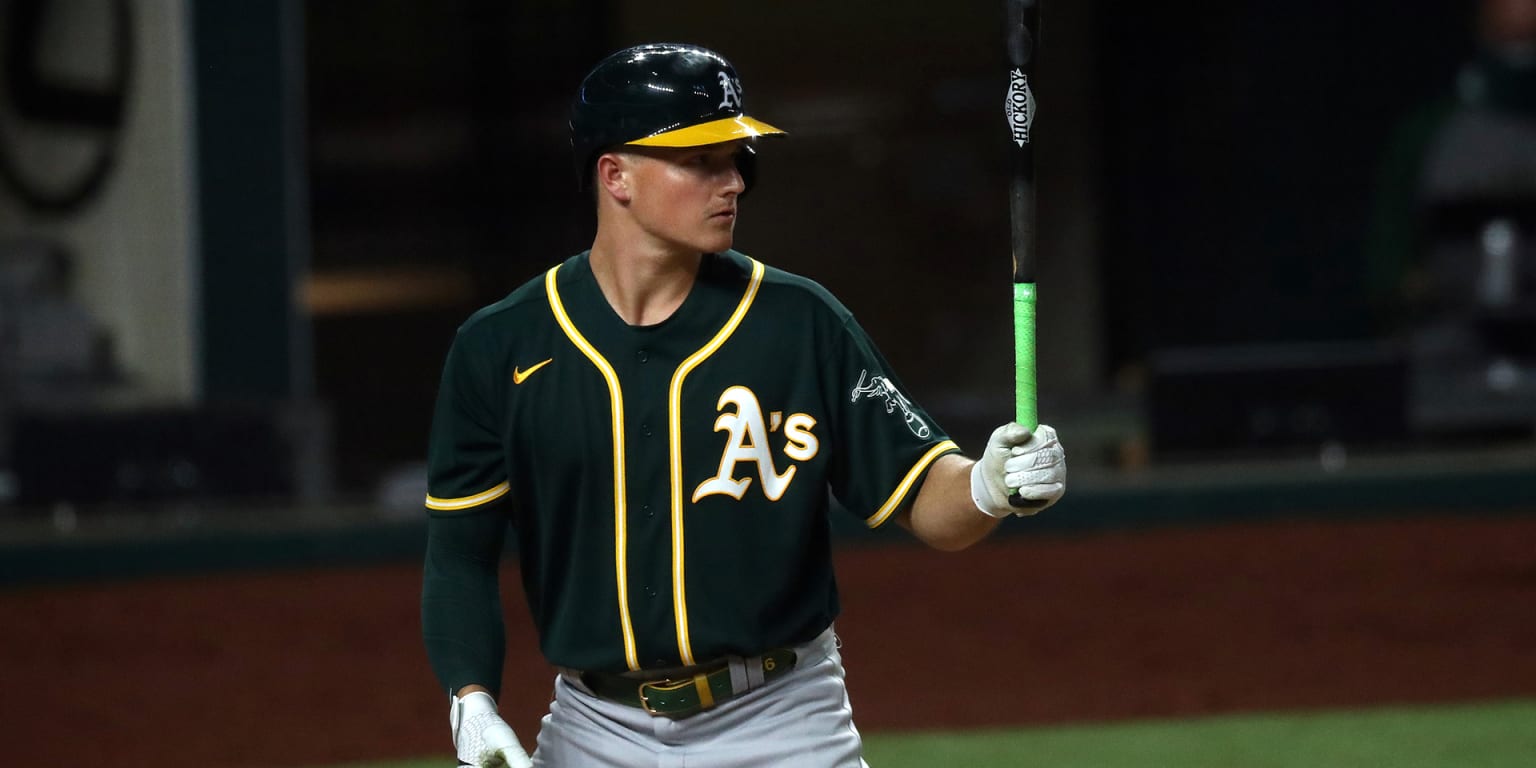 If the A’s are going to accomplish their goal of bringing a World Series title back to Oakland this season, it’s going to have to come without their superstar.
The club announced on Saturday that Matt Chapman will undergo surgery on his right hip, which will likely end his season.

If the A’s are going to accomplish their goal of bringing a World Series title back to Oakland this season, it’s going to have to come without their superstar.

The club announced on Saturday that Matt Chapman will undergo surgery on his right hip, which will likely end his season. Dr. Marc Philippon will perform the operation in Vail, Col., on Monday.

“He’s disappointed. We all want him to get healthy,” A’s manager Bob Melvin said before Saturday’s doubleheader against the Rangers. “It comes down to whether or not you can play through something like that, which is tough. But we also want him 100 percent healthy for next year. That’s what it came down to. He’s devastated that he can’t play and finish out the year.”

The loss of Chapman is certainly a blow for the A’s, who entered Saturday with a 28-15 record that leads the American League. In addition to the usual defensive wizardry he’s been providing at the hot corner, the two-time reigning Gold and Platinum Glove Award winner is second on the team with 10 home runs and entered Saturday with a team-leading 21 extra-base hits.

But just as much as the production on the field, the A’s will miss Chapman’s leadership within the clubhouse, something he quickly established as a rookie in 2017.

“He’s one of the emotional leaders on this team,” Melvin said. “He is a big voice in the clubhouse and on the field during games. He’s been a leader since the moment he arrived here. It’s one thing to just look at the numbers, but there’s also intangibles that we miss, too. This is quite a blow for us.”

Chapman, 27, was pulled from Sunday’s 5-3 loss to the Padres with what the A’s originally diagnosed as right hip tendinitis. Yet to be placed on the injured list prior to Saturday, the club sent Chapman to Colorado on Friday to receive a second opinion from Dr. Philippon, and it was determined that surgery was needed.

The 2019 All-Star third baseman slashed .232/.276/.535 with nine doubles, two triples and 25 RBIs this season to go along with his 10 long balls, batting third or cleanup in the order for the majority of the year. Since 2017, Chapman’s 82 defensive runs saved leads all Major League players.

“It’s hard on him and hard on us,” Melvin said. “You first think of the individual. He wants to be here playing. This is a guy that plays about as hard as anybody in the game. Unfortunately, he won’t be with us.

“We hope the surgery goes well and he gets healthy as soon as possible. I think we’re all hurting a little bit right now. We want to carry the torch for him and keep winning.”

The A’s recalled outfielder Seth Brown from their alternate training site on Saturday and added right-handed pitcher Daulton Jefferies to the active roster as the 29th man for the doubleheader at Texas. Jefferies started the first game of the doubleheader, his Major League debut.

Who plays the hot corner in Chapman’s absence will vary depending on each day’s pitching matchups. Chad Pinder and Vimael Machín are the two other players on the roster who have seen playing time at third this season and will likely form a platoon at the spot.

——
Original article first appeared on MLB News by Martin Gallegos on 2020 09 12
Read More at https://www.mlb.com/news/matt-chapman-to-injured-list-with-strained-hip
Did you miss our previous article…
https://sportsgooru.com/mlb/cards-hit-4-hrs-to-back-hudsons-1-hit-outing/