But according to Sanchez, May 8 may be the last time we see both him and Cerrone compete, as he plans on making the skidding “Cowboy” call it quits after he’s done with him.

“You’re just going to see me at my best, and I don’t know what ‘Cowboy’ is going tp come, but you’re going to see me at my best,” Sanchez told Mike Swick on the “Real Quick with Mike Swick” podcast. “I’m going in there with everything that I have, all my skills, everything that I’ve learned over the course of this career and at the end of the career, really sharpening that blade. I’m going to take care of myself, and I’m going to move correctly.

There is clearly no love lost between the former training partners. Sanchez put Cerrone on blast for his criticism towards Jackson Wink MMA in 2018, but would end up following suit and departing the Albuquerque-based gym, himself, less than a year later. Cerrone then called Sanchez out on the irony, and the all-time leader in UFC finishes has since predicted that he will put “The Nightmare” on his already stacked highlight reel.

While Sanchez has respect for Cerrone, he naturally didn’t take well to his comments and warned not to underestimate him.

“With ‘Cowboy’ talking all this mess that I’m not the legend, and I’m just going to be another highlight on his highlight reel, yeah, it added extra motivation for me to be like, ‘All right, you want to take me lightly, take me lightly,’ because I’m the wrong guy to do that (with),” Sanchz said. “This is the wrong time to do this in my career because honestly, I’m feeling better than I ever have. It’s been three hard, long years working with Joshua Fabia on revamping my whole entire style, to learn how to defend myself and to strike properly.

“So I’m super excited for this ‘Cowboy’ fight, and I’m motivated as hell. I want to go out there and kick his ass. I want to take it to him, I want to bring the fight to him. When you’re training for your retirement fight, you just take sh*t more seriously because you know this is going be your last time that you make the walk.” 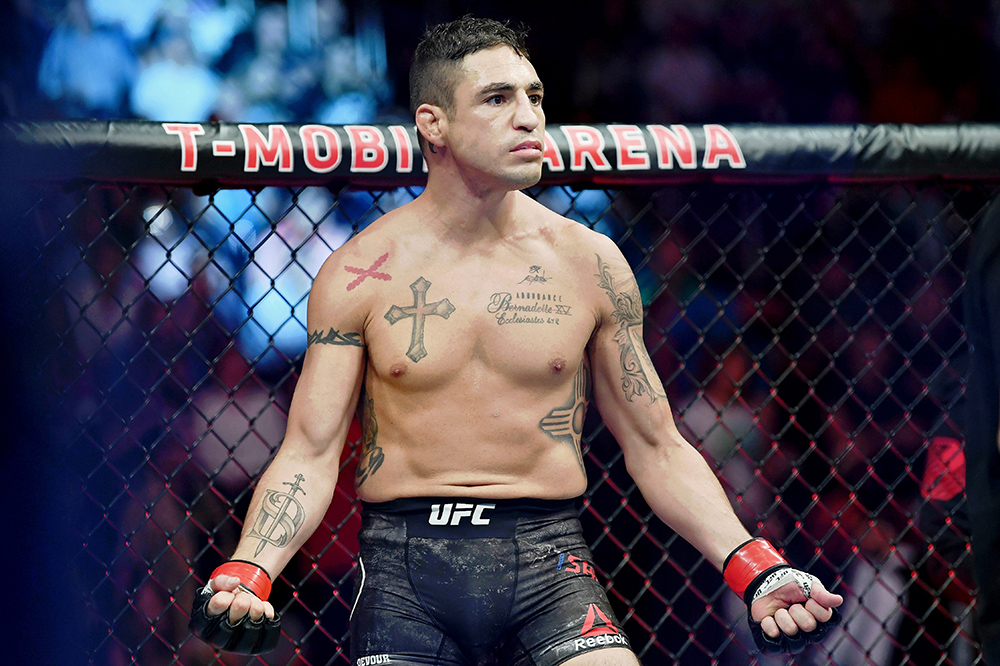