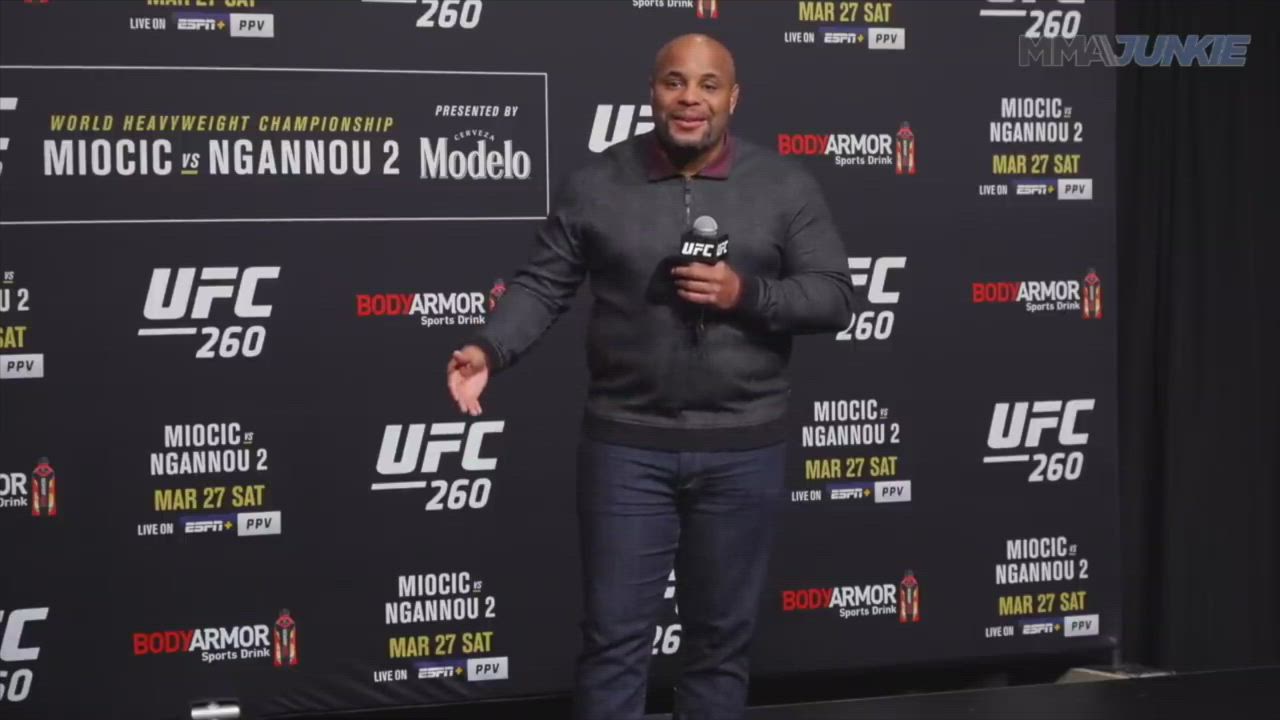 As Daniel Cormier settled into his new role as a member of the MMA media, he came to the realization that fighters can be quite sensitive, at times.

Cormier, a former UFC heavyweight and light heavyweight champion, recently retired from fighting and is now focused fully on his role as a UFC color commentator and analyst for ESPN.

Never one to mince his words, Cormier has already ruffled some feathers among his former peers, most recently critiquing Aljamain Sterling for his social media presence post-UFC 259, after he captured the UFC bantamweight title from Petr Yan via disqualification.

Cormier believes that while fighters can get upset at some of his comments, they should also be grateful that they’re even talked about, especially in a sport where they can quickly become forgotten.

“Fighters are sensitive,” Cormier said at a recent media session in Las Vegas. “Like, very sensitive, but it’s not just fighters. When Stephen A. Smith talks about Kevin Durant, Kevin Durant is mad. It’s just athletes. Athletes don’t like to hear the negative, but the reality is there’s always going to be negative. You will never please everyone and we, the ‘talking heads’ as we’re called, we’re paid to talk about you. So you better hope we’re talking about you because the moment we stop, you become irrelevant, and that’s the real problem.

“So you want us all discussing – if a Monday comes and you’re in the topic, you better be happy because there’s going to be a time when nobody’s talking about you and there will be no articles, there will be no interviews, and that’s your biggest enemy. So instead of being upset about what’s being said, just be happy that these people with these platforms are speaking about you and keeping you in the forefront.”

Cormier’s work as an analyst has also seen him reconcile with former foes like Stipe Miocic, where Cormier has been able to put his competitive rivalry in the past and do his job on air. But “DC” admits it’s highly unlikely that he’ll ever be able to do that with arch-rival Jon Jones, with whom he doesn’t ever anticipate a friendly relationship.

To see the full media session with Cormier, check out the video below.