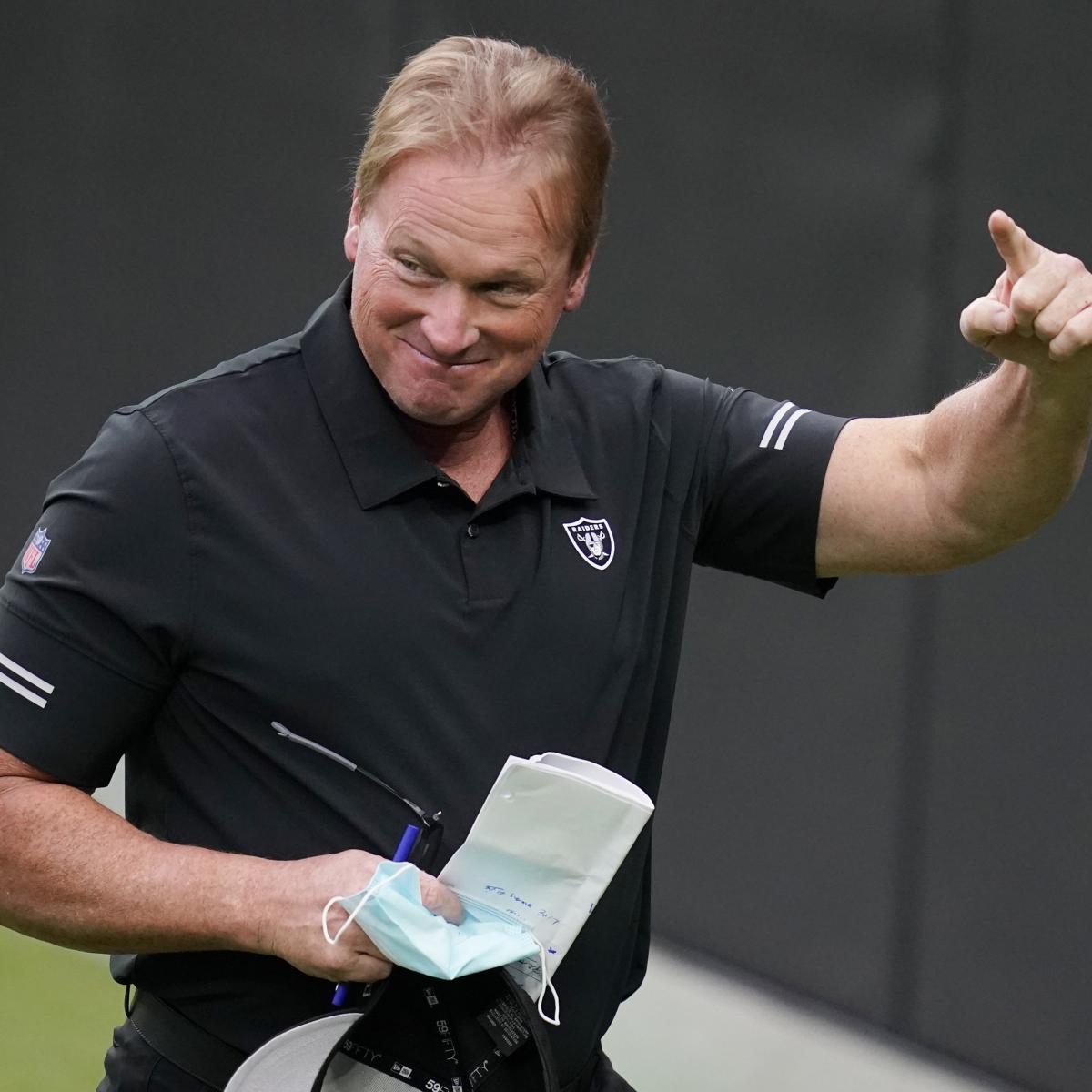 After the first win in the history of the Las Vegas Raiders, head coach Jon Gruden used his postgame speech to hand out the game ball to everybody.

Following the 34-30 victory over the Carolina Panthers, the official Raiders account posted a locker room video to Twitter.

Josh Jacobs ran for 93 yards and three touchdowns, and Derek Carr hurled a touchdown pass and 239 yards as the Raiders, who led by 12 points at the beginning of the fourth quarter, held on.

“We’re on a mission,” Gruden said. “I love you guys. Congratulations. Game balls for everybody. Learn from this.”

——
Original article first appeared on Bleacher Report – NFL by Jenna Ciccotelli on 2020 09 13
Read More at https://bleacherreport.com/articles/2908966-video-jon-gruden-raiders-celebrate-1st-win-since-move-to-las-vegas
Did you miss our previous article…
https://sportsgooru.com/nfl/alvin-kamara-saints-reportedly-agree-to-5-year-75m-contract-extension/