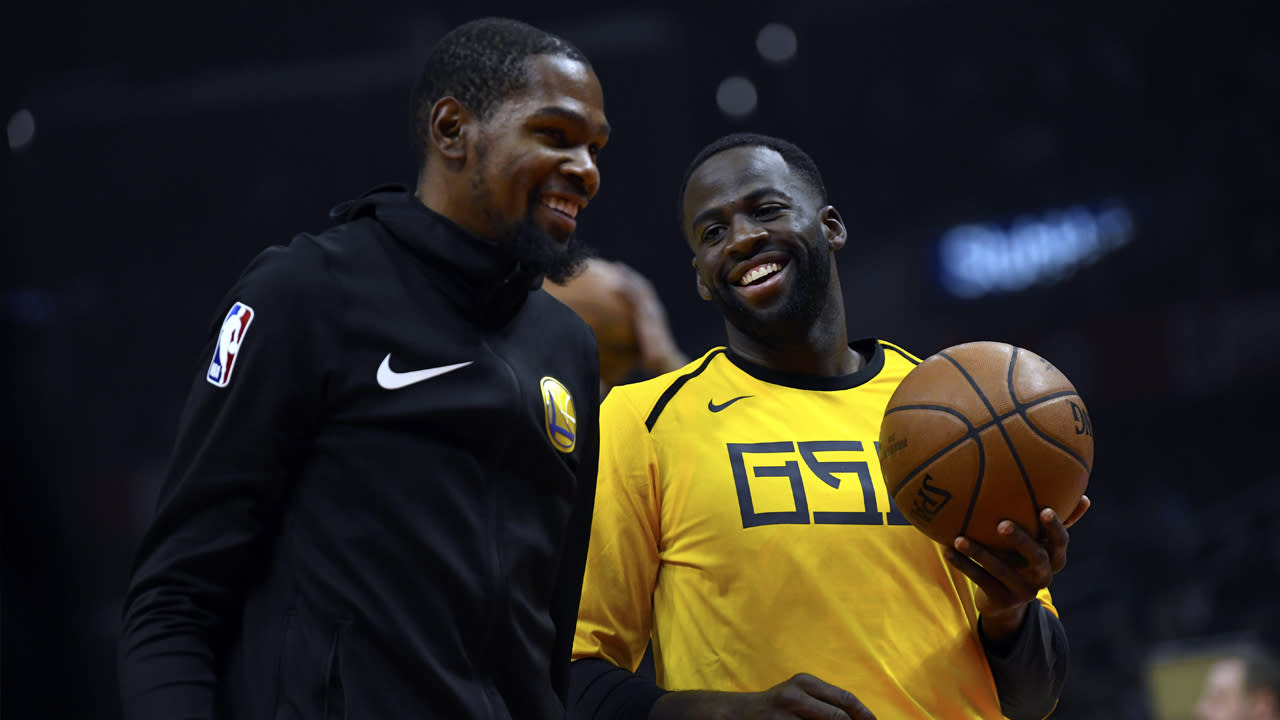 Somehow, someway Kevin Durant still is being asked about Draymond Green and the Warriors. The latest to do so is New Orleans Pelicans shooting guard J.J. Redick.

The sharpshooter has his own podcast, “The Old Man and the Three,” and recently asked Durant about his incident with Green last season when Durant still was a part of the Warriors. The infamous in-game argument happened on Nov. 12, 2018 at the end of regulation in what wound up being a 121-116 overtime loss to the Los Angeles Clippers at Staples Center.

Redick questioned if the whole incident was overblown by the media. To no surprise, Durant said yes.

“With so many people just wanting to see — it felt like we were so perfect — they want to see something,” Durant said to Redick. ”They needed some drama around our team. That was their entry point.”

What’s much more interesting, though, is Durant felt he became an even better player for the Warriors after the kerfuffle.

“Me and Draymond, we got better after that actually,” Durant said, ”I felt like I was more locked into the team after that. I felt like he understood me more because we sat down and talked about that whole situation.”

The numbers somewhat back up Durant’s claim, too.

He scored 33 points, grabbed 11 rebounds and dished 10 assists in the loss. Durant did score 29 points in the Warriors’ next game, a 110-103 win over the Atlanta Hawks, and had three straight games of 44, 49 and 51 points at the end of the month. But Golden State also lost four straight games to the Houston Rockets, Dallas Mavericks, San Antonio Spurs and Oklahoma City Thunder after their win against the Hawks.

RELATED: What Giannis, Bucks reportedly meeting could mean for Dubs

The point is, Durant was great before his spat with Green and great after. He’s among the best to ever play the game, but questions “what if” after this argument always will live on whether we like it or not.